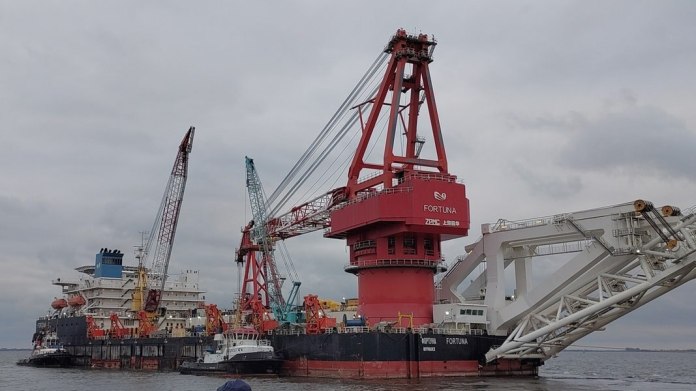 The  environmental associations BUND, NABU and WWF as well as the Michael Succow Foundation have declined to work in the new Mecklenburg-Western Pomerania Climate and Environmental Protection Foundation.

The  foundation aims to promote the further construction of the Nord Stream 2 natural gas pipeline.

The  associations did not want to be co-opted for a project that would delay turning away from climate-damaging fossil fuels for more than five decades, according to the associations.

The  head of the WWF Baltic Sea Office Jochen Lamp said that Prime Minister Manuela Schwesig (SPD) only approached the environmental associations after the foundation was established. “

The  procedure clearly shows that we were not looking for advice here, but rather a fig leaf for a carbon-based energy policy. We reject the role we have been assigned.” During a conversation on Thursday, the environmental associations presented proposals for effective climate protection to the state government. This includes the promotion of climate-friendly building heating systems and the immediate shutdown of the Rostock coal-fired power station.

Meanwhile, Schwesig is defending her approach to building the Baltic Sea pipeline and calling for quick consultations with the new US government. She told the “Redaktionsnetzwerk Deutschland” that in her first talks the federal government must insist that the USA withdraw its Nord Stream sanctions against companies involved in the construction. Schwesig went on to say, regardless of whether you think the pipeline is right or not friendly countries could and should not treat each other like that.

The  Prime Minister also commented on the establishment of a controversial state-owned environmental foundation.

Foundation not coordinated with the federal government

The  foundation is to promote projects in environmental protection and support the further construction of the pipeline. This is intended to circumvent threatened US sanctions against participating companies.

The  establishment of the foundation was not coordinated with the federal government, so Schwesig. But you get a lot of positive feedback from the population when it comes to speaking out in favor of completing the pipeline and against sanctions. Criticism of the foundation came from the Polish ambassador to Germany, among others, but also from climate activists and the German environmental aid organization.

Economics professor Claudia Kemfert from the German Institute for Economic Research (DIW) criticized the pipeline project again. Kemfert told NDR 1 Radio MV that there is sufficient infrastructure for the transport of natural gas, especially since demand will decrease. Nord Stream 2 is therefore an “investment ruin”. Kempfert also disagreed with the presentation that natural gas is a “bridging technology” that is needed until sufficient renewable energies are available. On the contrary, promoting natural gas means torpedoing the goals of the energy transition and the climate goals.

Meanwhile, construction of the pipeline appears to continue shortly. According to NDR information, the Russian laying ship “Fortuna” left the port of Wismar on Thursday morning. Accordingly, the work in the Baltic Sea off the Danish island of Bornholm will continue. Around two by 60 kilometers of pipes still have to be laid there. Nord Stream itself announced that preparations and tests for further construction should begin on Friday. About 30 kilometers are still missing in German waters.

The  foundation, which is supposed to secure the further construction of the Nord Stream 2 natural gas pipeline from Russia, is being criticized more and more. more

According to the company, the construction of a 2.6-kilometer-long line section on German territory has been completed. more