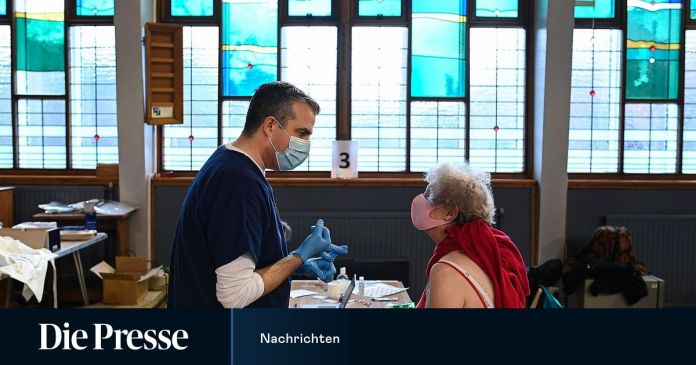 The  British vaccine has not yet been approved in the EU. But the announced delivery cuts at AstraZeneca are causing headaches for politicians. Italy’s vaccination commissioner compares the role of the EU to that of a beggar.

The  EU Commission has called for a quick statement from the pharmaceutical company AstraZeneca regarding the delivery delays of the coronavirus vaccine. “We have serious questions and expect your answers on Monday,” an EU official told the Internet news portal “Politico” on Monday.

The  EU health commissioner, Stella Kyriakides, is said to have sent a letter to AstraZeneca on Sunday, according to the report.

In September, testing of the vaccine, which was developed by Oxford University in cooperation with the pharmaceutical company Astrazeneca, was (routinely) suspended due to serious side effects in a patient.

The  vaccine later made headlines with its relatively low potency. Nonetheless, the EU relies heavily on the European vaccine. Because it’s cheap and can be stored in the refrigerator.

The  vaccine also plays an important role in the Austrian vaccination strategy, but fewer doses than originally calculated should arrive in the first quarter.

The  vaccine is not yet approved. Why? And why does this vaccine cause such problems?

EU Council President Charles Michel also increased the pressure on AstraZeneca and raised possible legal consequences. “We expect that the contracts confirmed by the pharmaceutical companies will be kept,” said Michel on Sunday. In order to guarantee compliance with the treaties, the EU could also use “legal means”.

The  vaccine is not yet approved in the EU.

After the pharmaceutical company cooperation between Biontech and Pfizer, the manufacturer AstraZeneca also announced on Friday that it would temporarily be able to deliver less vaccine than originally planned.

The  reason was lower production at one location in the European supply chain, it said.

Before that, AstraZeneca had cut production in January. In addition, employees in the UK were sick with Covid-19.

The y responded with early vaccinations for the personnel involved in production and delivery.

The  approval of the AstraZeneca vaccine in the EU is expected shortly. According to information from the EU Commission, there will now be another meeting of the steering committee on the EU vaccination strategy on the delays this Monday.

Criticism from Italy: “I don’t trust these corporations”

The  member countries have been raging for a few days because of the delayed delivery of the corona vaccine from Pfizer-Biontech and AstraZeneca. Most recently, there was a complaint in Italy of discrimination against EU countries. “

The  pharmaceutical companies treat the 27 EU countries as if they were beggars,” said Domenico Arcuri, the government commissioner responsible for the vaccination campaign.

When asked whether the vaccine doses that were not delivered could have migrated to richer countries, Arcur replied in an interview with the TV channel Canale 5 on Sunday evening: “I hope this is not true, you don’t play with people’s lives.” – “

The  pharmaceutical companies have undertaken to deliver a certain number of vaccination doses. With that we could vaccinate 45 million Italians by autumn. I do not trust these companies, I want to see the vaccination doses,” said Arcuri.

Italy has been a pioneer in vaccinations so far

As of this week, Italy has had to get by with 20 percent fewer vaccine doses. For example, the country will only be able to start vaccinating seniors over 80 years of age in four weeks, Deputy Health Minister Pier Paolo Sileri announced earlier in an interview with RAI 1 on Sunday.

The re will be delays of up to two months in vaccinating the rest of the population. For the second vaccination, Italy wants to give priority to those people who have already received a first dose. Around 1.35 million Italians have been vaccinated since the start of the vaccination campaign on December 27th, priority being given to health workers and people living in retirement homes. Italy is currently the EU country with the highest number of people vaccinated.

The  Italian government wants to put pressure on the European Commission to take similar initiatives, said Foreign Minister Luigi Di Maio. He announced the use of all legal means to ensure that the contracts with the pharmaceutical companies are fulfilled.

Germany is to become a pioneer in autonomous driving

How the Aids-Hilfe Karlsruhe reacts to the corona pandemic

The excitement at Dynamo’s victory in the east duel

Sabrina Mockenhaupt shares a new picture with her daughter

The 12 candidates at a glance