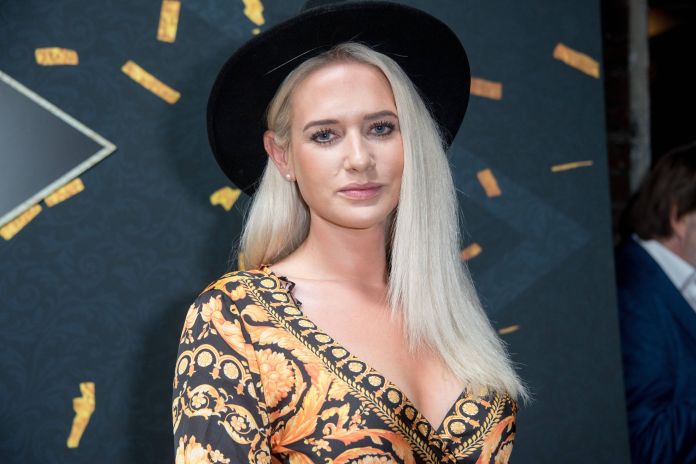 Reality TV star Sarah Knappik (“GNTM”, “Jungle Camp”) is expecting a child. She is already in the seventh month.

What a surprise! Sarah Knappik (34) will be a mom for the first time: “Yes, I’m seven months pregnant”, she confirmed to the “Bild” newspaper. We know the reality TV actress from her participation in “GNTM”, “I am a star – gets me out of here” and “Celebrity Big Brother”.

Baby news came as a surprise to Knappik

Knappik found out about her pregnancy in Vienna. “When I still had a strong craving for a goulash soup after an egg benedict at 9 o’clock in the morning – and actually ordered it – my friend looked at me with wide eyes. Then we knew something was different. And so a pregnancy test was organized”, she tells the paper. The first six months were tough: “I had to vomit all the time. Odors in particular triggered this. One of my worst cravings is chocolate kisses! I don’t even want to know how many packages I’ve already eaten”.

That’s why Knappik kept her pregnancy a secret

The ex- “GNTM” participant does not pay attention to her figure at the moment. The health of your child is more important to Knappik. That was also one of the reasons why she did not go public with the baby news for so long. “I wanted to make sure my child was okay before I went public. I wanted to protect my baby and myself.” She also did not want to reveal who the child’s father is (yet).

You voted: “The Voice” should win this talent

Coronavirus: Employees have these rights and obligations

Bitter! Aue midfielder Philipp Riese is out for weeks

1860 wins the Munich city derby and jumps to second place...