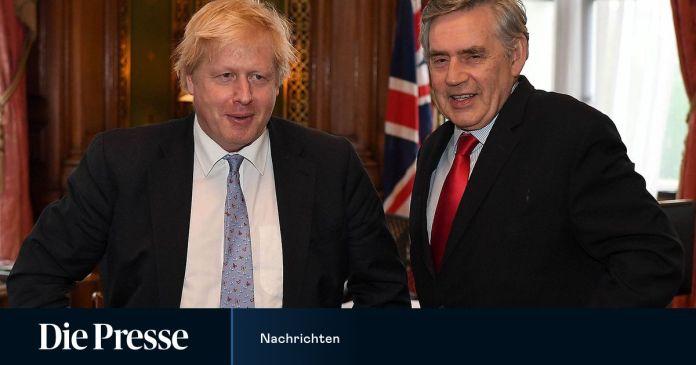 Gordon Brown accuses the “political elite in London” of forgetting their compatriots.  The  Labor politician sees great dissatisfaction with the status quo, especially in Scotland, his home country.

According to ex-Prime Minister Gordon Brown, Britain is in danger of becoming a “Failed State” without fundamental reforms.

The  reason is that many people have lost confidence in the way the country is governed by and in the interests of a London elite, wrote the Scot Brown in an article in the Daily Telegraph: “I think the election exists now between a reformed state and a failed state. “

Many people in the country felt that the political elite in London had forgotten them. A “failed state” is generally referred to as a state that can no longer fulfill its basic functions. Examples are the civil war country Yemen and Somalia.

Above all in Scotland, with its sustained aspirations for independence, discontent is so deep that it threatens the continued existence of the United Kingdom, explains the Labor politician, who was Prime Minister from 2007 to 2010; Since then, Britain has been ruled by Tory politicians, initially by David Cameron, then by

The resa May and currently by Boris Johnson. In view of the corona crisis, widespread nationalism and the uncertainties about the consequences of Brexit, Great Britain must strengthen cohesion.

Coronavirus in the US: Senate approves $ 1.9 trillion aid package

Can no longer go to Kiefersfelden: Kufsteiner commuter sued Germany for...