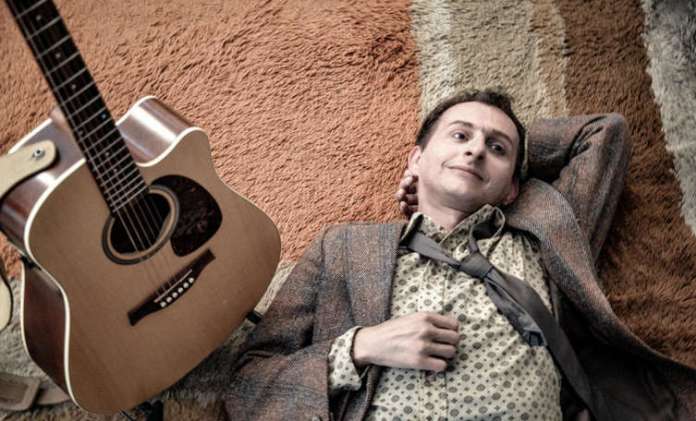 LINZ. Under the title “Couch culture for the living room”, different Linz cultural groups present their genre online every Saturday at 6 pm. On January 2nd from 6pm there will be a concert by Rudi Müllehner alias songwriter Raul to see and hear.

Rudi Müllehner, who has been known to theater audiences as an actor and theater maker for over 20 years, turned into the songwriter Raul in the Corona summer 2020. Raul’s songs are pure and multifaceted. Due to their characteristic style, they develop pull and radiance. Raul draws his songs from life and his imagination, and creates music from observations and thoughts. He doesn’t need a lot of accessories, he trusts his stories, his voice and his guitar. In a very individual way, he follows the paths of local or international songwriting art.

Rudi Müllehner alias Raul is also an enthusiastic music fan and listener himself. And so his songs are on the one hand in the best French chanson tradition, on the other hand the influences of German and Austrian songwriting are unmistakable. Raul’s compositions are chansons in dialect, musically told by an actor with a guitar. The partly soulful, partly dynamic melodies serve the song texts, which in terms of content and mood trace a lot that a human life can hold in store – from winking to melancholy, from satirical to pensive, from self-deprecating to socially critical. Experience Raul’s new Austrian chansons, presented in a catchy way, yet far removed from common listening habits.

More than 40 artists there

The recordings for the series were made in the Café Central by Tonstudios e. More than 40 artists recorded their acts. The respective genres are presented in a 30-minute program and can be accessed online.

The video then stays on the urban YouTube channel and can be checked at any time.

Harry and Meghan will be parents again – Vorarlberger Nachrichten

“Tatort” from Stuttgart: What are building cooperatives? – TV