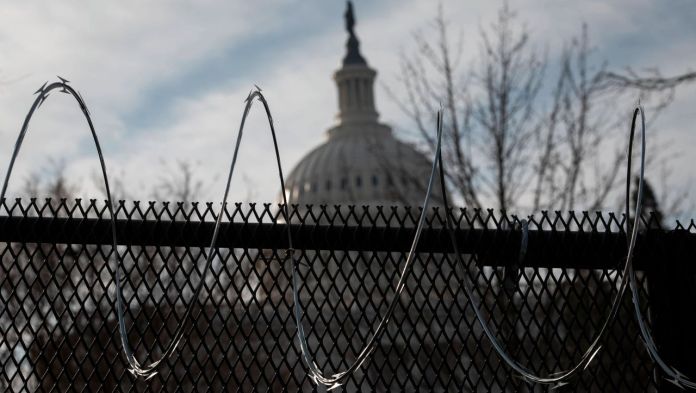 The  storm on the Capitol in early January was also a storm of online trolls. Right-wing extremists and supporters of conspiracy myths had come together in alternative networks and discussed the action for everyone to see. Facebook now wants to take action against the hatred on its network before the inauguration of the new President Joe Biden.
In view of the threats of violence around Biden’s inauguration, advertising for gun accessories will be banned, the company said.

The  ban applies immediately and for at least two days after Biden took office on January 20.

The  block does not only apply to Facebook itself. In addition to the social network, the company also operates Instagram and the WhatsApp messenger. “We’re already banning ads for weapons, ammunition, and weapon extensions like silencers. But we will now also ban ads for accessories, ”announced Facebook.

Three US senators wrote a letter to Facebook boss Mark Zuckerberg on Friday. In it, they asked him to permanently block advertising for products that are clearly intended for use in armed struggle.

On January 6, hundreds of supporters of the elected President Donald Trump stormed the seat of the American Parliament, killing five people. In Washington there is therefore a mood of alarm among the security forces before Biden’s inauguration on Wednesday.

The  FBI, for example, is warning of armed protests planned for Washington and all capitals of the 50 states.

The  National Guard was ordered to Washington.

Only on Friday a man was arrested near the Capitol with a loaded handgun and 500 rounds of ammunition in his car. According to the police report, he had tried to gain access to the security zone around the congress headquarters with a fake accreditation. After his release on bail, the accused protested to the Washington Post that it was an “error”.

The  elected US President Biden will replace his predecessor Donald Trump in office on Wednesday. On his first day in office, Biden wants to sign a dozen decrees to fight the corona crisis, climate change and discrimination, as his designated chief of staff Ron Klain announced on Saturday.

With the “four crises” corona pandemic, global warming, ailing US economy and unequal treatment of people, there is an “urgent need for action,” wrote Klain in a memo to high-ranking employees of the White House.

The refore, Biden will initiate measures against this with around a dozen decrees on his first day in office.

Questions and answers about the Covid 19 vaccination – The Traunstein...

Are measures being relaxed? Merkel and Co. advise – SWR...

Duchess Kate: Striking detail: That makes her like Diana, Meghan &...

No big bang in Lucerne – police occasionally issue buses against...

Weather in Germany: is there a winter of extremes? Meteorologist...