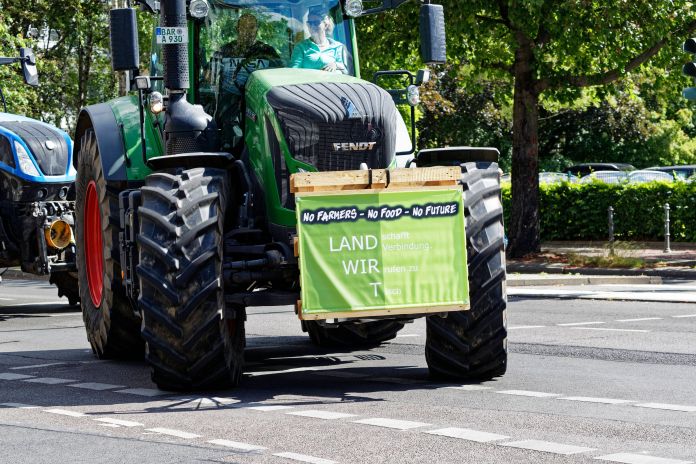 BerlinFarmers want to demonstrate again in Berlin against stricter environmental laws and for higher producer prices. On Monday, the Land Creates Connection initiative called on farmers across all associations to hold a rally on Tuesday morning at 10 a.m. in front of the Federal Ministry of Agriculture.  The  industry suffered equally from the Corona crisis and the “price dumping” of the trade, according to a promotional paper published by the initiative.

The  new fertilizer ordinance, which despite months of criticism from the farmers’ initiative “has still not been comprehensively revised”, should be suspended as well as all “ordinances and laws relating to arable farming, forage production and livestock husbandry” that were passed last year, Land creates connections in the paper.

Before raising environmental and animal welfare standards, producer prices for farmers would first have to be increased accordingly – otherwise farms would be destroyed, the initiative emphasized. With a view to processors and retailers, politically “much more action is needed than an ombudsman or a code of conduct”, criticized the organization.

Berlin & Brandenburg: two cars and a moped set on fire

“The Bachelorette”: Ioannis talks about head and rose on the dream...

WandaVision: The new Marvel series should get so many episodes