Four days after the annoying defeat against 1. FC Köln – the decisive goal was scored in stoppage time – the game and the result in the duel with the record champions left little room for discussion. Schalke were inferior to Bayern and deservedly lost.

Nevertheless, Schalke did not act like a relegated champion against the record champions. At least in the first half, Christian Gross’s team played well and had one or the other chance to score the lead.

The  decisive factor on Bayern’s part were the players who had already carried the Munich team through the last record season. Thomas Müller (33./88.) And Robert Lewandowski (55.) scored the first three goals, Joshua Kimmich hit the decisive pass three times. For world footballer Lewandowski it was the 23rd goal of the season. Bayern now have a seven point lead over pursuers RB Leipzig.

Müller puts Bayern in the lead with his head. Video: streamable

At the latest with Lewandowski’s goal to 0-2, the game is decided. Video: streamable

Shortly before the end, Müller was allowed to run again. 0: 3. Video: streamable

Just a few days after the clear 3-0 win at Hertha Berlin, Hoffenheim also defeated 1. FC Köln 3-0. Andrej Kramaric with two successfully converted penalties and Christoph Baumgartner with the interim 2-0 were responsible for the goals. Cologne’s Anthony Modeste owed the penalty to make it 3-0 and shortly afterwards failed to score himself – Hoffenheim’s goalie Oliver Baumann parried his attempt strongly. Thanks to his two goals, Kramaric now has 73 Bundesliga goals, overtaking Ivica Olic and is now the best Croatian goalscorer in Bundesliga history.

Klopp out early with Liverpool

Jürgen Klopp failed again early on with Liverpool FC in the English Cup.

The  champions, who recently failed to win the Premier League five times in a row, lost the top game of the 1/16 finals away to championship leaders Manchester United 2: 3.

Since Klopp coached Liverpool FC, the “Reds” have never made it through the round of 16 in the cup. Against Manchester United, Liverpool were eliminated for the fourth time in the 1/16 finals under the German coach.

The  decision for Manchester United was brought about by substitute Portuguese Bruno Fernandes with a free kick in the 78th minute. Shortly thereafter, Klopp changed the Swiss Xherdan Shaqiri; But even the striker from Basel could not bring about the turning point. For Liverpool Mohamed Salah had previously scored the goals to 1-0 and 2-2.

Chelsea are in the eighth finals of the FA Cup. Against the second division Luton Town, the Blues celebrate a sovereign 3-1 victory.

Juventus Turin has apparently recovered from the defeat a week ago in the top game against Inter Milan. Three days after beating Napoli in the Supercup, the champions won the 19th round of Serie A at home against Bologna 2-0.

Against Bologna, midfielders Arthur and Weston McKennie, signed in the summer, scored the goals for Juventus. On the way to their eighth home win in a row, the team of coach Andrea Pirlo could get over the fact that Serie A top scorer Cristiano Ronaldo did not score a goal.

Atlético Madrid remain on course for the title in the Spanish league at the start of the second half of the season.

The  leader achieved the sixth success in a row in a 3-1 home win against Valencia. Atlético thus defended their seven-point lead over champions and city rivals Real Madrid in one game less.

The  groundbreaking 2-1 opening goal was scored by Uruguayan Luis Suarez shortly after the break.

The  center forward, who scored the two goals for the 2-1 away win against Eibar three days earlier, is now the top scorer with twelve goals.

Thanks to their fourth win in a row, Barcelona overtook Sevilla FC and are now third behind Atlético and Real Madrid. Frenkie de Jong in the first half and youngster Ricard Puig just before the end scored the two goals.

Puig makes everything clear shortly before the end. Video: streamable

The y were “Golden Boys”: named the best talent in the world

Top priority: No football fans in the office, please!

Liendl on Feldhofer-Aus: “For me it was never a power struggle” 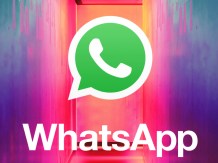 That function that has disappeared is finally back