Just in time for the turn of the year there is again new music from hit maker Apache 207. We have the brand new single “ Angst” and music video for you.

In its New Year’s Eve show on YouTube on December 31, 2020, Apache 207 presented its brand new single for the first time and thus delivered us a potential hit for 2021. The song “ Angst” is a very remarkable piece of music and gives many deep insights into the past years of the 23-year-old from Ludwigshafen.

The lyrics to “ Angst” are about the sudden success in the music business, which he experienced last year. His hits stormed the charts and the bank account filled up from one day to the next. But the rapper from Germany doesn’t find this quite so fulfilling. Such a life also harbors some dangers from which Apache 207 wants to protect its partner and itself. Nobody really knows what the mysterious baby in the lyrics is all about. Whether the rapper became a father or whether this baby is just a metaphor remains open.

With the release of his single “ Roller” in the summer of 2019, the young artist showed what he can do. The song stormed the charts and brought him a lot of success. In July 2020 his debut album “ Staircase” was released. The rapper would have gone on tour in the same year, but this was postponed to 2021. Be sure to listen to Apache 207’s new single “ Angst”!

To the lyrics of Apache 207

“Training ship Germany”: Bremerhaven is ahead

Samen Maier: Wildflower Package is organic product of the year 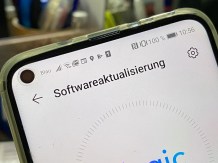 Three years of updates for your new smartphone: this is how...