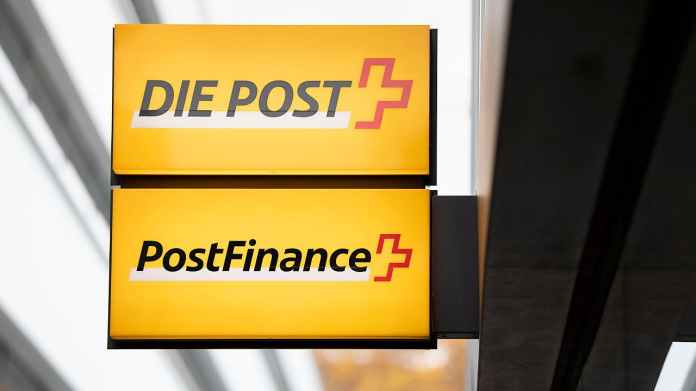 Postfinance should be allowed to become a full commercial bank.

The  Federal Council is aiming to privatize the Post subsidiary, as it reports.

The  Federal Council wants to change the law and allow the Post to sell its majority to Postfinance. So far, the majority of the capital had to remain with the federal enterprise.

The  Federal Council announced last summer that it would allow Postfinance to grant mortgages and loans. At that time he also put partial privatization up for discussion.

The  poor profit situation due to the low interest rates also led to the deliberations.

After widespread criticism in the consultation on state control, the Federal Council is now significantly expanding the planned partial revision of the Postal Organization Act.

It should go quickly

The  Federal Council writes that Postfinance’s entry into the credit and mortgage market should be flanked by giving up the majority control of the Post and thus indirectly of the federal government. He wanted to take into account concerns about constitutionality, competitive neutrality, federalism and financial market stability.

The  Federal Council also wants to remove the requirement that Swiss Post must hold the capital and voting majority in Postfinance from the law. This would open the way to the further development of Postfinance into a fully-fledged, domestically oriented commercial bank, it said.

The  separation of Postfinance from the postal group necessitates a reorganization of the basic supply with postal and payment services.

The  Postal Act must be changed beforehand. In the current year, the federal government intends to develop specific proposals for the further development of the basic service in the field of postal and payment services.

The  law, as the owner, should guarantee that the Swiss Confederation will cover the remaining equity capital gap in the event of bankruptcy.

The  assurance is to be limited in terms of time and amount and compensated.

As a systemically important bank, Postfinance has to meet increased capital adequacy requirements, writes the Federal Council. Due to their reduced profitability, Post and Postfinance would not be able to provide the equity required by the financial market supervisory authority in full and in good time on their own.

World war bomb in Frankfurt has been defused

Cordless vacuum cleaners and air purifiers from Dyson at the lowest...

Bishops on the Corona crisis in Stuttgart: “The churches are vital”...

Werder Bremen – Interview with Romano Schmid: “I’m not yet a...