The  United Nations will ban nuclear weapons from Friday. But only a few countries have signed the treaty.

The re is also sharp criticism from Germany.

Shortly before the United Nations ban on nuclear weapons came into force, the German government again refused to join the treaty. In an answer to a request from the left-wing parliamentary group in the Bundestag, the Federal Foreign Office affirmed that it considers the Nuclear Non-Proliferation Treaty, which has existed for more than 50 years, to be the more effective instrument for taking concrete disarmament steps.

The  new contract results in a subordinate treatment of existing obligations. “From the Federal Government’s point of view, this can lead to a fragmentation and a real weakening of international disarmament efforts in the nuclear field,” states the State Secretary Antje Leendertse’s letter, which is available to the German Press Agency.

“Contributed to the hardening of the disarmament dialogue”

It makes it clear that the federal government even considers the new treaty to be counterproductive.

The  ban on nuclear weapons enshrined in it had “not increased the readiness of nuclear-weapon states to disarm, but tended to harden the disarmament dialogue”. Against the background of this “polarization”, the Federal Government is trying to direct political attention “to practical and feasible steps in disarmament”.

The  UN prohibition treaty was passed in 2017 by 122 of the 193 member states of the United Nations. It comes into force on Friday because more than 50 states have ratified it. With it, the possession, development, production, acquisition or stationing of nuclear weapons are prohibited. However, the treaty is rejected by all nuclear powers and all NATO countries, including Germany. It remains ineffective, at least as far as concrete disarmament steps are concerned.

The  Nuclear Non-Proliferation Treaty, on the other hand, was co-initiated by the nuclear powers USA, Russia, China, France and Great Britain at the end of the 1960s. It also bans all contracting states except these five from acquiring nuclear weapons. At the same time, the nuclear powers undertake to negotiate the complete destruction of their weapons.

The  treaty has been the most important basis for nuclear disarmament for half a century. However, since this has recently stalled, the nuclear weapons ban treaty was initiated by the international network Ican, which received the Nobel Peace Prize for it in 2017.

The  main aim of the agreement is to exert political pressure on the nuclear powers.

A current report by the Scientific Services of the Bundestag contradicts the Federal Government’s view that the new treaty would weaken the Nuclear Non-Proliferation Treaty.

The  two contracts are “not legally contradicting each other”, it says.

The  legal “update” consists primarily in the fact that the nuclear weapons ban treaty “contains concrete disarmament obligations and delegitimizes the strategy of nuclear deterrence”. For the Left MP Sevim Dagdelen, the main arguments of the federal government “collapsed like a house of cards”. “Nothing stands in the way of joining this historic disarmament treaty, on the contrary,” she says.

The  harsh rejection of the new treaty is also followed with incomprehension at the United Nations in New York. “States that do not intend to accede to the treaty should respect the justified fears and all efforts made in good faith to achieve nuclear disarmament,” urges the spokesman for UN Secretary General António Guterres, Stéphane Dujarric, also in the direction of NATO States.

Countries should go together

All countries would have to take a path with a common vision for nuclear disarmament again. And this is exactly where the observer status for Germany and other countries in the Nuclear Weapons Prohibition Treaty could play an important role: This would enable skeptical countries “to express their reservations and to enter into a dialogue with the states party to the nuclear weapons prohibition treaty,” says Dujarric.

Observer status means that you take part in the Conference of the Parties but have no voting rights. However, the observers will also have to help finance the conference, which is expected to take place in about a year. According to the UN, only Switzerland and Sweden have so far expressed interest in participating as observers.

With training to quick success: memory palaces help to remember

Royal sisters in Spain for premature vaccination in the pillory

Mysterious sea creature washed up on the beach – wildlife 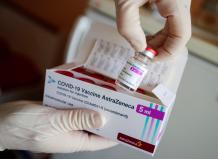 Was it a basking shark? : Mysterious giant corpse washed up on the beach

SpaceX: Starship rocket landed for the first time – and then exploded

Three people are in mortal danger after the attack in Sweden

Corona: That’s why the north is better off

This is what the new lockdown measures bring – health

Attack in Germany: car thunders against the Chancellery

ECB: No rapid build-up of capital buffers if growth is weaker... 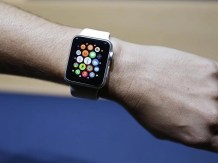