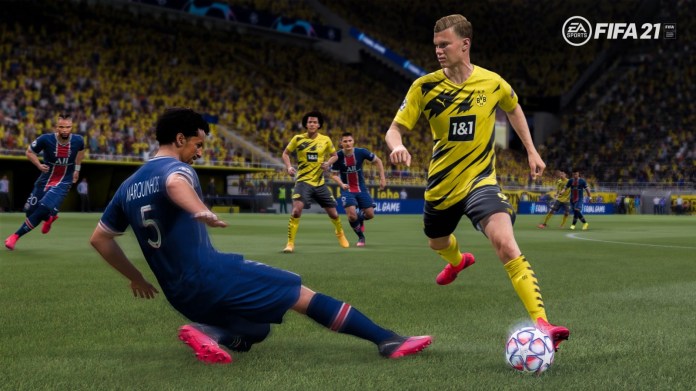 In FIFA 21 there is a lucrative opportunity for players in the FUT mode to secure a rare mega-pack relatively easily. However, it only works for a few hours.

If you play the popular Ultimate Team mode in FIFA 21, there are goals to be met every day that give you bonuses such as experience points or card packs.

The  “Mega Duel” task is only running for a few hours on January 25th and it is very lucrative, with several packs of cards and a rare mega-pack at the end. With the latter you have a higher chance of getting a lot of good player cards.

All cards acquired by completing the tasks are exchangeable. This means that you cannot sell them, but can use them for Squad Building Challenges and of course for your Ultimate Team.

This is how you get the rare mega-pack

You have to complete four tasks in total in “Mega Duel” to receive the rare Mega Pack.

The  following is to be achieved:

If you’re lucky, you might get a Team of the Year card (“TOTY”) from the rewards, which is particularly strong.

The  event has already started.

If you don’t get any surprises when you open the card packs, then maybe the nude photos of the FIFA stadium staff, because there is a strange flaw in the game.

Corona demo in Chur: “The corona measures are not at all proportionate”

Homeless in the corona winter: a balance sheet

Alpine skiing: This is how the women’s slalom went in Jasna, Slovakia

Ski: Feuz briefly loses the stick at the start – and still comes in second

Holdener is on the podium again, Gisin is fifth – Shiffrin wins

AG boss of VfB Stuttgart wants to be president: That says...

Corona numbers from the RKI: More new infections than a week...