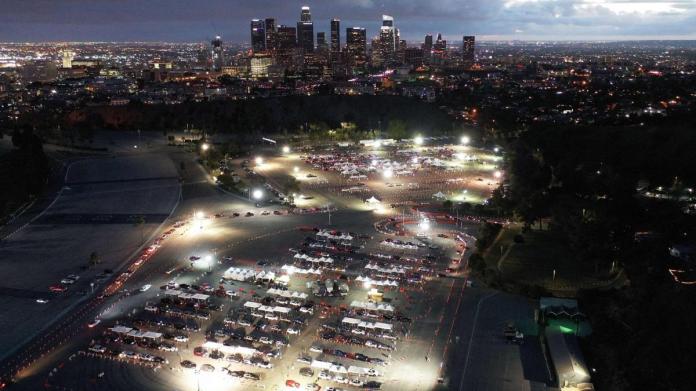 Et was not so long ago that Anthony Fauci, the United States’ top epidemiologist, took the opposite of his current view.

The  most famous health expert in the country, whose portrait adorns many front gardens, windows and cars, initially spoke out against dosing the anti-Covid vaccination differently than before. “I wouldn’t be for it,” said Fauci on New Year’s Day. “We will continue to do what we do.” Previously, Great Britain had started to align the dates for the two vaccinations from Pfizer / Biontech and Moderna more closely than the three and four weeks allotted for them. On several occasions, Fauci advised against postponing the second dose or changing the vaccination process without corresponding data being available.

Today Fauci takes a different view than at the beginning of January. Almost unnoticed, the US Disease Protection Agency (CDC) changed the recommendations for vaccination. Message and purpose: In “exceptional circumstances”, more flexibility should be possible. For example, patients should be able to get the two necessary doses of both vaccines approved in the USA, i.e. the first dose from Pfizer / Biontech, the second from Moderna – or vice versa. In addition, it should be possible to extend the time between the two vaccine doses from three or four weeks to six weeks, unless otherwise feasible.

“Frankly, from an immunological point of view, I don’t think that makes that much difference,” says Fauci now. You could extend the interval by “two additional weeks”. It is very difficult to vaccinate on time anyway. Fauci, confirmed by the new President Joe Biden as advisor, does not accept any objections to the new guidelines of the CDC. It was not least Biden who had already called for the two vaccine doses to be corrected before taking office. Not, however, because it is difficult to arrange appointments on time three or four weeks after the first vaccination. But because the scarce vaccine can be given to more people.

This is a departure from pure teaching.

The  clinical trials tested the effectiveness of the second dose three or four weeks after the first. Pfizer / Biontech’s vaccine, for example, showed 95 percent effectiveness when its two doses were given three weeks apart.

Deviating from this scheme is “like going to the Wild West,” said Phyllis Tien, an infectious disease doctor at the University of California in San Francisco, in early January. But she also argues differently today. Given the spread of the virus and concerns about strains that may be more easily transmissible, rapid distribution of the vaccines is “of vital importance for public health,” Tien told WELT.

From a public health perspective, it is “okay” to get the vaccinations within six weeks instead of three or four weeks. But this should be an exception. Tien is also confident that Johnson & Johnson’s Janssen vaccine will receive emergency approval “in a few weeks”. This would alleviate concerns about vaccine shortages and “allow us to administer vaccines on a dose schedule based on the scientific data”. Test results from Johnson & Johnson are expected in the coming days. It could become the third vaccine approved in the United States.

The  World Health Organization (WHO) also considers it possible to extend the two vaccinations over an interval of six weeks. However, all of these assessments are based on the tense pandemic situation, not on new scientific findings.

In the US, a good 17 million people have received their first dose of vaccine so far, which corresponds to five percent of the population. In Germany it is less than two percent. But not everything is going as planned in the USA either.

The  previous administration of Donald Trump announced 20 million vaccinations by the end of 2020.

The  new President Biden announced in December 2020 that he wanted to enable 100 million vaccinations in the first 100 days of his term in office. That sounds more ambitious than it is:

The  USA has around 330 million inhabitants. Biden is unlikely to have meant a complete vaccination (with two doses) for 100 million people. But even with these prerequisites and the fulfillment of the plan, only around a third of Americans would have complete immune protection on April 29. When Biden was recently asked if he was heading too low a target, he said: “When I announced it, everyone said it was hardly possible.”

Biden’s spokeswoman Jen Psaki practiced number acrobatics the day after the inauguration. She pointed out that under Trump, an average of 500,000 vaccinations a day were administered. Biden is aiming for a doubling.

The  seven-day average of vaccinations was already a million on Friday, as the Washington Post calculated.

The  average of 482,865 daily vaccinations, which Psaki apparently referred to, was two weeks ago. Or to put it another way: even in the last phase of Trump’s term of office, over a million vaccinations were administered over several days.

Even if the USA is doing quite well in a global comparison with its vaccination record, the organizational deficits are enormous. Unlike in Germany, there is not so much a lack of vaccine, but rather the logistics to get it to men and women. According to its own statements, the US government delivered 41.4 million vaccine doses to states, territories and authorities on Saturday. But only 20.5 million vaccine doses were administered – exactly 50 percent of the existing doses.

The  differences between the states are enormous. Alaska has already vaccinated every tenth inhabitant at least once. West Virginia, Connecticut, New Mexico, North Dakota and South Dakota as well as the capital Washington DC also perform above average.

The  most populous state, California, is 4.2 percent below the average. Idaho, Nevada and Missouri bring up the rear. So far, fewer than four percent of the residents have received at least one vaccination.

Biontech / Pfizer and Moderna have promised the USA a delivery of 100 million vaccine doses each by the end of March. Since it became known that the Biontech / Pfizer vials contain six instead of just five vaccine doses, Pfizer has announced that it will offset the surprising sixth dose against the previous delivery obligation of 200 million doses by the end of July.

The  US will therefore receive fewer vials than expected.

In the first few hours of his term in office, President Biden had made it compulsory to wear a mask in federal buildings, on buses, airplanes and trains. He directed authorities to use the Defense Production Act. With this law from the Korean War, the government can oblige companies to produce war and crisis-related goods. This could be masks, material for Covid tests or for administering the vaccine. Trump had also used the act to speed up the manufacture of ventilators.

Various corporations such as Wal-Mart, Starbucks and Microsoft announced that they would support cities and towns with vaccination.

The  wholesale chain Wal-Mart, the largest private employer in the USA, wants to offer vaccination in 5,000 of its branches.

The y have trained pharmacists for this, the company said.

The  vaccination is already being offered in the USA by drugstore chains CVS and Walgreen or in the drug department of the supermarket chain Safeway – often discreetly, after prior personal appointments and the need to identify yourself.

While the number of new infections is currently falling in 37 of the 50 states, concerns about the mutated, much more contagious virus are growing.

The  USA currently has 25 million infections and more than 416,000 Covid victims.

Biden therefore warns his country of another extremely tough weeks, expecting to soon reach the threshold of half a million deaths. He urged people to wear masks and not travel. In contrast to his predecessor Trump, he also regularly wears a mask – even when he is signing decrees at his mighty desk in the Oval Office.

Specter or Opportunity? Why Germany Postponed Digitization – Columns (Other)

Chinese hackers attack companies in Germany and the USA

How Corona divides Germany into winners and losers

Shitstorm for GNTM juror Marina under post for dead dog