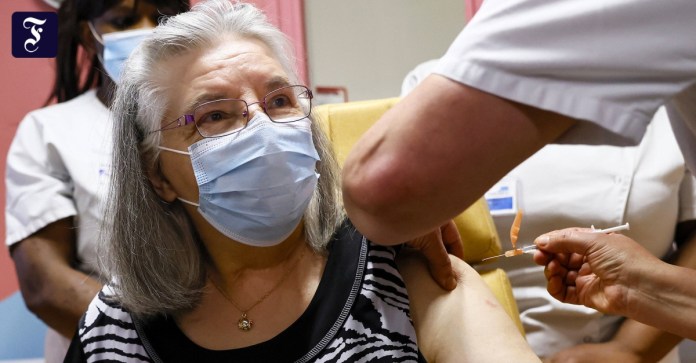 IIn France, five unexplained deaths fueled the debate over possible risks of Pfizer and Biontech’s vaccine. French health minister Olivier Véran has announced investigations by the competent drug authorities to clarify the cause of death. In a nursing home in Nancy, three residents died after receiving the first dose of the novel vaccine. In Perpignan and Tours, too, two people died a few days after the vaccination.

Vaccination opponents immediately used the deaths as an opportunity to defame the vaccine from Pfizer and Biontech as dangerous to health on social networks. Véran warned against jumping to conclusions during a visit to Nancy. “

The se are people who died a few days after the vaccination without developing allergic reactions,” said the minister. “Old or very old people with underlying diseases are affected,” he said. It must first be checked carefully whether it is not just an “unfortunate temporal coincidence” and whether the cause of death is not a completely different one.

139 cases of serious side effects

The  case of 78-year-old pensioner Mauricette, whom President Emmanuel Macron paid tribute to in his New Year’s address to the nation for being the first French woman to be vaccinated on December 27, attracted particular attention.

For weeks there were reports that Mauricette had died. Now the pensioner had herself photographed in the hospital in Sevran, northeast Paris, as she was given the second dose of vaccine. “Mauricette is doing well,” said Health Minister Véran. For a long time, the French government had to contend with great skepticism in the country about a corona vaccination.

Conspiracy theories about the supposed harmfulness of vaccines developed by an American-dominated pharmaceutical industry dominated the debate. But the vaccination skepticism decreased significantly after the vaccination campaign began.

In a survey carried out by the Ifop institute on behalf of the CNews and SudRadio broadcasters, 54 percent of the 1,000 French people surveyed said they would like to be vaccinated last week, compared with 39 percent in December.

The  government now fears that speculation about the deaths could reduce willingness to vaccinate again.

In France, nearly 586,000 people have been vaccinated so far.

The  vaccine is reserved for healthcare workers, residents of nursing homes, and those over the age of 75. Previously there were reports from Norway that 33 people died a few days after their first corona vaccination. Since then, the Norwegian Pharmacopoeia has advised caution with very old sick people. It is to be suspected that some very frail people could not cope with the usual vaccine reactions such as fever and nausea and died.

Dispute over armed drones: A touch of election campaign

Airbnb: The IPO madness is entering the next round – shares...

PS5: Off for black console in PS2 look – dealers buckle...