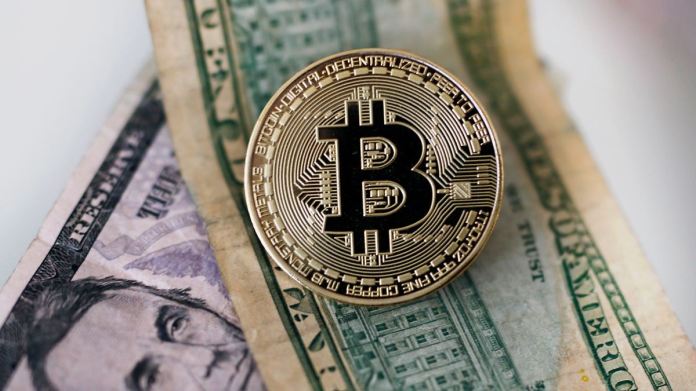 First over $ 35,000
Bitcoin pulverizes its own record value

Bitcoin continues to grow: After a very short breath, the digital currency climbs to a new record. Analysts are convinced that the end of the climb is far from being reached. Further spectacular growth seems possible. But there are also warning voices.
The digital currency Bitcoin is continuing its high-altitude flight accompanied by violent exchange rate fluctuations. On Wednesday, the value of a unit rose to more than $ 35,000 for the first time. A high of $ 35,879 was recorded on the Bitstamp trading platform. This clearly exceeded Monday’s latest record high.

The price of the by far largest cryptocurrency in terms of market share has been rising to new record values ​​for some time. Over the year, its rate has more than quadrupled. Last year, the digital currency, invented a good decade ago, was one of the investments with the world’s largest price gains. The opinions on Bitcoin still differ widely.

Supporters see digital currencies like Bitcoin not only as pioneering technologies, but also use the Internet currencies as an object of speculation and increasingly as a hedge against fluctuations in the exchange rate of other financial investments. Critics, however, see a financial bubble and complain, among other things, of the sometimes extreme price fluctuations for Bitcoin and other crypto currencies. Profit-taking recently put an end to the Bitcoin rally for the time being: On Monday, the price on the Bitstamp exchange fell by almost nine percent to $ 30,261 at times. A quick breath on the way to new course heights.

Bitcoin is an Internet currency, the rate of which is determined solely by supply and demand. New digital coins are created by the fact that users provide computing capacity for the encryption of transactions and are rewarded for this in Bitcoin. The amount of Bitcoin issued in a certain period of time is automatically halved at regular intervals to prevent inflation. The last “halving” so far was in May 2020. A maximum of 21 million Bitcoin can be created, currently there are 18.5 million.

The decision by the payment service Paypal to open up to trading in cryptocurrencies was also responsible for the latest upward surge. The company announced that it would also be possible to pay with digital money from the beginning of 2021. For this year, the major bank JP Morgan believes it is quite possible that the Bitcoin price can climb into the range between 50,000 and 100,000 dollars. But should this happen, this level would not be sustainable, according to the analysts.

Galaxy emits gas: Researchers observe the beginning of the end of...

Possible impeachment of Trump: what does the 25th Amendment say? ...

Kalajdzic vs. Lewandowski – duel of the top scorers in flight