Wolff did not want to name a deadline for a signature by the 36-year-old Brit, who has been driving for Mercedes since 2013 and has won six of his seven world championship titles with the Silver Arrows. “I’ve already threatened him with the fact that I’ll be next in line to sit down,” joked the team co-owner. Hamilton’s previous contract expired at the end of the season, his teammate Valtteri Bottas is tied to Mercedes for 2021.

The  George Russell card, who represented Hamilton at the World Cup run in Bahrain at the beginning of December because of his corona infection, was never played in negotiations with the world champion, Wolff emphasized. Hamilton’s 22-year-old compatriot has sold incredibly well and will one day be in a top car. “But in our long-term partnership it is not about showing any threatening gestures.”

Some things need to be talked out carefully. You don’t make life easy for lawyers either, explained Wolff, but continued to be confident: “We will pull out the fountain pen one day. We have a really solid basis in our relationship, we have celebrated great successes with each other and we want that in the world too Make the future. ” But if you can’t see yourself, it’s also difficult to sign something. Hamilton is currently in the USA, Wolff was last in quarantine in Kitzbühel for ten days because of the corona virus. The Bachelor: The start date for the new season is fixed

Motorola: The following smartphones get Android 11 Schwarzenegger compares US storm on Capitol with “Reichskristallnacht”

Salzburg feels ready for a top game against LASK 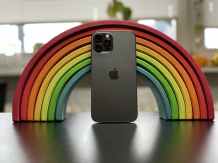 ABOUT US
DE24 News English is your news, entertainment, music fashion website. We provide you with the latest breaking news and videos straight from the entertainment industry.
Contact us: [email protected]com
FOLLOW US
© de24.news