The Four Hills Tournament 2020/21 will continue on Sunday with the Bergisel jump in Innsbruck. Then Markus Eisenbichler and Karl Geiger want to conquer the Germans’ “mountain of fate”. chiemgau24.de is in the live ticker today.

Innsbruck – The third jumping of the Four Hills Tournament 2020/21 is pending. In Innsbruck A preliminary decision on the overall victory could be made in the Bergisel jumping. Markus Eisenbichler and Karl Geiger want to break the myth. It starts at 1:30 p.m., chiemgau24.de is today from 11:30 a.m. Liveticker with it.

Before jumping: The Bergiselschanze is already known for its susceptibility to wind. Let’s see how it develops during the day.

Before jumping: The thermometer shows 0 degrees, it’s slightly sunny in Innsbruck, but there is definitely a wind. That could be a factor today.

Before jumping: So today is the third competition of the Four Hills Tournament. There is tension in the overall standings, a preliminary decision could be made today.

Before jumping: Hello and welcome to the live ticker at chiemgau24.de for the Four Hills Tournament in Innsbruck today.

Four Hills Tournament in the live ticker today: The preliminary report on jumping

Markus Eisenbichler is already more than 20 points behind Granerud, but has been in consistently good form since the beginning of the 2020/21 season and goes into Bergisel jumping with self-confidence as second in the overall World Cup.

Four Hills Tournament 2020/21: The pictures of the ski jumping spectacle

Geiger and Eisenbichler should also be boosted by the fact that they won the 2019 World Cup gold in the team at that location. Even more – Eisenbichler even became world champion in the individual, Geiger took silver.

In addition to Geiger and Eisenbichler, the top favorites to win in Innsbruck are the strong Poles around Garmisch winner Dawid Kubacki. But Kamil Stoch and Piotr Zyla also shone in Garmisch-Partenkirchen and have options for victory.

Four Hills Tournament: This is how the competition works

And then there is Granerud, who won the qualification on Saturday and finally wants to win his first tournament. The downsized German team qualified for the competition on Sunday. In addition to Eisenbichler (4th) and Geiger (7th), Martin Hamann (20th), Pius Paschke (35th), Severin Freund (41st) and Constantin Schmid (46th) take part in the Bergisel jump.

The 25 winners of their respective duels are automatically included in the second round, and the five losers with the highest points make it to the final round. The points gained in qualification do not count towards the overall ranking. The knockout duels are only jumped on the Four Hills Tournament, this system does not exist in the World Cup.

Four Hills Tournament: The duels of the Germans in Innsbruck

The complete start list with all duels is available here

Diving takes place in the Bergisel ski stadium in Innsbruck, which was modernized in 2002. The jump has a total height of 130 meters, the inrun length is 98 meters. The calculation point in Innsbruck is 120 meters, the hill size is 128 meters.

Four Hills Tournament 2020/21: All information about the ski jumping highlight

“In Innsbruck there is usually a preliminary decision in the battle for the overall ranking. The ski jump on Bergisel is the only one with an opposite slope in the landing zone. This leads to a strong radial pressure in the landing. In addition, there is the wind that blows into the boiler and can still strongly influence the jump in the last phase, ”#Andreas Goldberger told chiemgau24.de.

Due to the strong wind in Innsbruck, delays are possible.

Sharp lockdown over Easter – Merkel wants life will shut down

Jennifer Aniston & Brad Pitt: Insider: “You Missed Each Other” 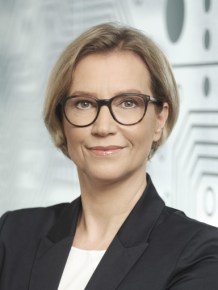 This is what the brown hares do in Germany