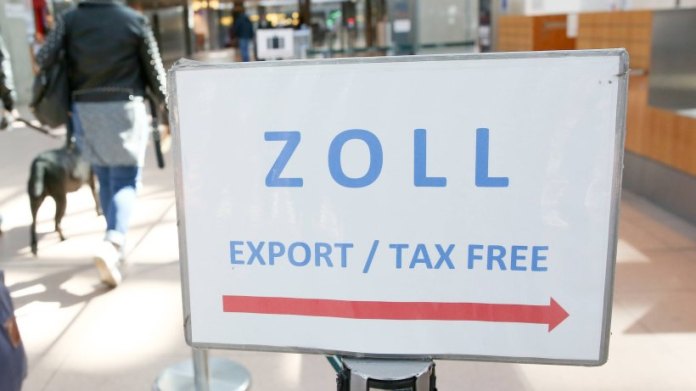 A tour group, which on airport Frankfurt had arrived, customs kept busy.

A suitcase full of food was discovered among the travelers, but what was even more incredible was the excuse they gave to customs airport Frankfurt presented.

The -fact that customs officers occasionally see unusual things or objects at work should no longer surprise anyone. This is one of the reasons why the TV broadcaster “Kabel Eins” has the TV program “Attention Control”, which accompanies law enforcement officers such as customs officers in their work.

This is Frankfurt Airport:

As part of “ Attention Control”, customs officers at Frankfurt Airport were also accompanied in their everyday life. One of the broadcasts showed how customs caught the tour group with a suitcase full of groceries.

Frankfurt Airport: Travelers have some groceries in their luggage

When the travelers were checked, the groceries came to light quickly; they were not particularly hidden. In principle, not all foods are forbidden, but the Vietnamese had pork in their luggage, which is not allowed to be imported.

Little by little, more and more groceries appeared in the travelers’ suitcases. It was apparently perfectly logical for them to bring their own food to Germany, as they explained.

Frankfurt Airport: Vietnamese have THIS excuse

“ We can’t eat the food here, so we make our own food with noodles,” was the excuse of one Vietnamese woman. They would always do that abroad. They just couldn’t stand the foreign food. Whether noodles, soup or meat, all of this was found in the suitcases of the Vietnamese.

Ultimately, they had to hand over the meat products. Also pay a fine of 110 euros. If you want to eat meat, you have to fall back on the products offered in Germany. (gb)

“The Binding of Isaac: Rebirth” – DLC gets an appointment and...

Jasemin and Sohel did not manage to save their love

The market for Grip Seal Bags will increase the demand for...

“Too Hot To Handle” star: Is Francesca Farago making her new...

Anime RPG will be released in summer 2021