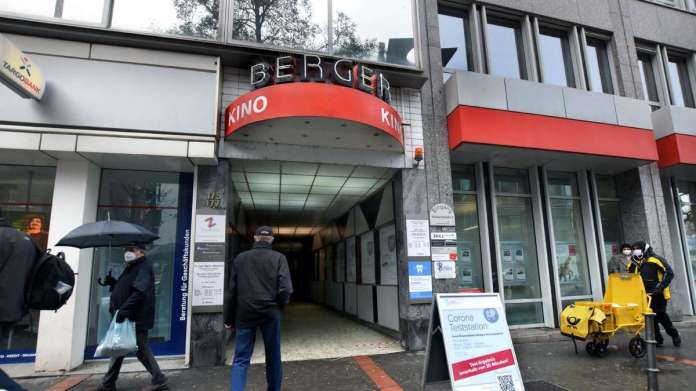 After almost 40 years, the Berger cinema in Bornheim has closed. Due to the corona pandemic, the operator Harald Metz no longer sees any prospects.

The Berger cinema is history. Harald Metz, the operator of the well-known Bornheimer Lichtspielhaus on Berger Straße, has filed for bankruptcy for his Kinoteam Theaterbetriebsgesellschaft. The company has been deleted since mid-December, and with him there will be no second attempt at his beloved arthouse cinemas, says Metz. Almost exactly 40 years ago he took over the cinema together with two friends.

Because of Corona, the Berger has been closed since March

Since March 18 of last year, the Berger cinema closed due to the pandemic. A corona rapid test center is currently located in the foyer. Unlike other houses in Frankfurt Metz did not use the opportunity to temporarily reopen the Berger Kino last summer. Nobody even recorded their personnel costs during this time, says the cinema boss. It is also even more difficult for arthouse cinemas, as they usually have an older audience, which is even more absent in the Corona period for fear of infections.

The federal government should have offered the cinemas a perspective, complains Metz. A kind of “vegetative state”, as he calls it, would have made sense. The state should have taken over the running costs “so that we don’t go under”.

Because even if the cinemas could reopen after Easter, there are currently only a few films that can be shown, says the cineast. And the numerous cinemas would still have to argue about this. By next autumn at the latest, there will be no more new strips, as there is hardly any production at the moment. He sees no future for the industry.

Not only that Corona-Pandemie a problem for the cinemas, says Harald Metz. For years, more and more films have been streamed on the Internet without initially only being shown in the cinema. First and foremost, the streaming provider Netflix, which has been producing films since 2018, is buying up and showing: “Netflix wants to strangle the cinemas,” Metz is sure.

Before the pandemic, he still hoped that the US media company would have taken over. I did Netflix even benefited from the crisis and developed into a monopoly. The cinemas are being excluded more and more, “and it will stay that way”. That’s why it’s not just about the future of the Berger Cinema, says Metz. All movie theaters are affected by the crisis, even the entire industry.

The long-time cinema operator says he does not know how the location on Berger Strasse will continue. At least he won’t show any more films there himself. Hermann Steib, head of the Bornheim local advisory board and co-owner of the property, also says that there are currently no plans as to what will become of the building.

In September 1981, Harald Metz and two friends finally took over the rooms. The friends founded the Berger Kino together. The trio wanted to finally be able to show the films that they loved. They were particularly fond of American narrative cinema, New Hollywood from Steven Spielberg to Hal Ashby.

It was not the first cinema for Metz: he started the “Olympia” cinema in 1978 in Neu-Isenburg. Later the “Metropolis” in Frankfurt was added – until 2001. But his heart beats for the house in Bornheim: that “Berger Cinema”He said a few years ago in a conversation with the FR. (Boris Schlepper)

Agriculture – Stuttgart – Fruit harvest in the southwest better than...

CORONA-KUNGELRUNDE: Sharp criticism of amateurism by the Chancellor and Prime Minister...

Attacks of arrogance at the end: Rummenigge is even honored for...

Ex-LASK kicker is about to move to Belgium Weeping lacrimal glands from the laboratory 25-year-old driver killed in an accident on A1