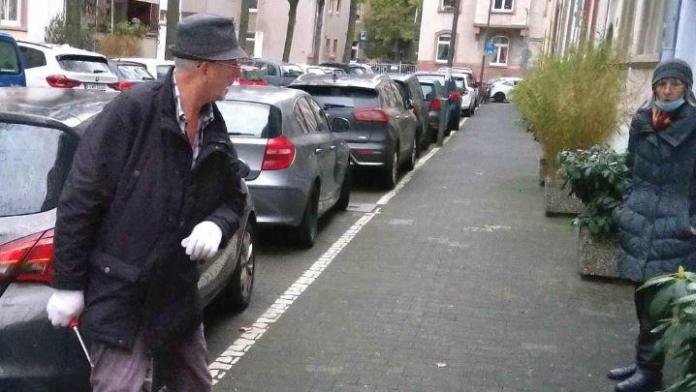 You are old and violent

It is not unusual for old people to be relieved of their savings at their own front door. In Frankfurt, however, a criminal couple is up to mischief that is apparently themselves of retirement age.

The  two are said to have taken half a million euros from helpless elderly people in around 30 cases. And they don’t shy away from violence.

The  police are now searching publicly.

52-year-old injured with a screwdriver

The y’ve been up to mischief in Frankfurt since May 2017. Most recently, the two unknown thieves tried to steal from an 84-year-old woman in her apartment using an apartment access trick. A 46-year-old resident and 52-year-old daughter stepped in and were eventually attacked.

The  daughter was pushed down a flight of stairs and the 46-year-old was injured with a screwdriver.

You pretend to be a care worker and thus gain trust

Usually the perpetrators work in a division of labor.

The  woman pretends to be an employee of an institution (Johanniter, city, geriatric care, nursing service), thus first gaining the trust of the elderly injured party and being allowed into their apartments. Shortly thereafter, the man follows under the same legend, who then brings alleged “bad news” about alleged complaints in the house. On the grounds of having to check the condition of the apartment and the solvency of the injured party, they are asked to show their hiding places in the apartment. While the man is saying goodbye, the woman engages the injured party again in conversation. During this time, the man steals valuables from the hiding places shown shortly before.

The re the woman only appeared openly, guided the injured party into the bathroom and distracted them for a few minutes while the man helped himself to the valuables. It is also known that this couple committed acts in Nuremberg in spring 2020.

The  criminal police are now looking for the perpetrators with a photograph, who in the known case can be described as follows:

Witnesses who can provide relevant information about the perpetrators are asked to report by phone at 069 / 755-52499 or at any other office.

For the first time over 28,000 tons of PET material processed...

China Smartwatch for 100 euros does what the Apple Watch 6...

Italy in the government crisis – Conte in front of a...

Lauterbach has to cancel service in the vaccination center