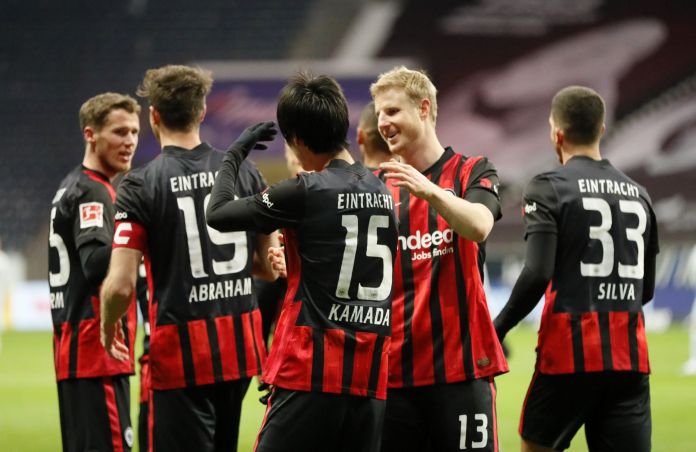 Bayer Leverkusen missed the preliminary leap to the top of the German Bundesliga on Saturday. The factory team suffered a 2-1 defeat at Eintracht Frankfurt in the first round after the short winter break and are still two points behind FC Bayern, who will receive FSV Mainz 05 on Sunday.

In Frankfurt, Leverkusen took the lead in the ninth minute through Nadiem Amiri. Coach Adi Hütter’s team managed to turn things around with Amin Younes (22nd) and an own goal by Edmond Tapsoba (54th). Martin Hinteregger played through with the winners, Stefan Ilsanker was on the substitute bench. On the other hand, Julian Baumgartlinger on his 33rd birthday and Aleksandar Dragovic were in action over the entire distance.

Their ÖFB team-mate Valentino Lazaro had to watch Gladbach’s success in Bielefeld after sustaining an injury while warming up. In the victory of the “foals” secured by Breel Embolo (58th), Stefan Lainer played through, Hannes Wolf came on in the 85th minute. At Bielefeld, Manuel Prietl left the pitch in the 88th minute, Christian Gebauer was replaced in the 52nd minute.


Union Berlin is in fourth place three places and three points ahead of the Champions League round of 16 Gladbach. Sheraldo Becker (12th) and Taiwo Awoniyi (28th) shot the capital club to a 2-0 win against Bremen. Christopher Trimmel was in action at Union until the final whistle, as was Marco Friedl with Bremen. Romano Schmid was replaced in the 76th minute.

It was a surprisingly clear 1: 3 home defeat for Hoffenheim against SC Freiburg, who with Philipp Lienhart thanks to Baptiste Santamaria (7th), Vincenzo Grifo (34th / penalty) and Kasim Adams (42nd / own goal) at the break 3-0 lead. Florian Grillitsch was absent from the guests due to an injury and Stefan Posch due to a suspension. Christoph Baumgartner played through and prepared TSG’s honorary goal through Ihlas Bebou (58th).

Do not lose in the key game! Haaland as BVB hope

Salzburg only lets Austria dream for a short time

Will he stay with PSG or will he leave? Brazilian...

United Volleys Frankfurt in the cup final: “An absolute highlight” |...

McDonald’s Germany launches gastro podcast on topics that will move and... Thomas Tuchel exclusively on print at Paris and the future