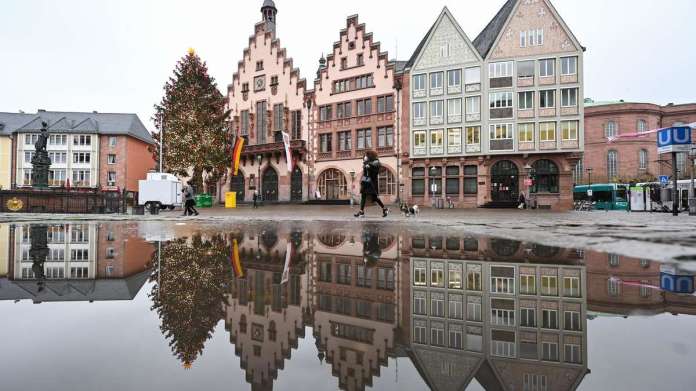 The  Frankfurt city council goes into emergency operation. Parliament is challenged right now in the crisis. A comment.

In Frankfurt, politics is switching to emergency operation. Specialized committees no longer take place, the plenary session of city councilors is limited to Question Time and Current Hour. That is what the leadership of the political groups decided, and it sounds plausible. Contacts and mobility have to be severely restricted.

The  Frankfurt politicians set a good example and limit their work to the bare minimum.

But is that really the way to go? Isn’t it right now – in the midst of the crisis – that politicians are required to have as many public debates as possible?

The  consequences of the Corona crisis will hit Frankfurt tremendously, that much is undisputed. So now is the time to discuss how to keep this city liveable. In public meetings and not in black-red-green exclusive rounds, which may also be shaped by the election campaign, but take place without opposition.

Where can and where must Frankfurt save and which benefits must never be cut? Department heads such as Daniela Birkenfeld (social affairs), Sylvia Weber (education and integration) and Ina Hartwig (culture) have to speak in the specialist committees and the left has to be able to say publicly, for example, that the city should cut as little as possible, but instead get the money from May businesses and rich people pick up. Such debates are now more important than ever.

Of course there are also politicians who belong to the risk group.

The y cannot be asked to attend meetings. Otherwise, however, the following applies: It must be possible for 21 city councilors and a few visitors as well as the press to meet in the huge plenary hall and of course wear masks. Also and especially in the Corona crisis.

Free trade agreement between the EU and the UK is here

Coronavirus mutation from England in Germany since November

Small SUV could be built in Poland

These corona rules apply from today in Lower Saxony | ...