The FES organizes the disposal of around 80,000 Christmas trees in Frankfurt. The collection tour in the districts starts on Thursday, Bertl will soon have to give way.

The Christmas season is over and with it the time of the festively decorated trees in the living room. Also this time the Frankfurter Entsorgungs- und Service GmbH (FES) Frankfurter: Inside offers several possibilities to get rid of their disused Christmas trees.

In the station district , There are no separate dates in the old and inner city. There, the street cleaning department, which works every day, takes the Christmas trees with them.

On the one hand, the trees can be disposed of in the course of January either via the brown organic waste bin, the gray residual waste bin or with the street cleaning service. On the other hand, this year there will be a collection tour for the sixth time, in which the trees are picked up in the individual districts on fixed dates. For this purpose, the FES will be on the road for three weeks, from Thursday, January 7th to Wednesday, January 27th, in a bulky waste truck. The exact dates can be found in the info box below.

If you would like to have your tree picked up this way, you can place it on the specified pick-up day at the property line so that it is clearly visible and easily accessible. With both variants, including disposal via the organic or residual waste bin, the prerequisite is that the tree is decorated and shortened to pieces no more than one meter in length.

The trees can also be handed in free of charge at the recycling centers and the RMB Rhein-Main Biokompost GmbH in the Osthafen.

The FES estimates that around 80,000 Christmas trees will be disposed of in Frankfurt this year. Around three quarters of this is composted. “The last quarter is made up of the trees that are disposed of in the residual waste bin,” explains Röttele. “These are burned.” However, the FES endeavors to compost as much as possible.

The dismantling of Bertl, the Christmas tree in front of the Frankfurt Römer, will begin on Thursday, says Ines Philipp from Tourismus und Congress GmbH Frankfurt. She estimates that it takes one to one and a half days to decorate. If everything goes according to plan, Bertl was gone on Friday evening. “When decorating, Bertl is also made small and then used as firewood,” explains Philipp. There have been efforts from time to time to give the Christmas trees a further use. But the wood is not really popular, and it also has to dry for two years, says Philipp.

Incidentally, the disposed Christmas trees are not suitable as food for zoo animals. Because there may still be remains of jewelry and wax on the tree and because trees were sometimes in smoker’s apartments, they would pose a health risk for the animals in several ways, explains Jenny Krutschinna from the Opel Zoo in Kronberg.

However, the Opel Zoo had fed several hundred trees to its animals from dealers who had not been sold. It is used to care for animals whose diet includes leaves and bark, such as goats and sheep, deer and some antelope species, but also elephants, giraffes, as well as dromedaries and trample.

Parking problems for car sharing in Frankfurt: Politicians in Frankfurt are fighting for a solution 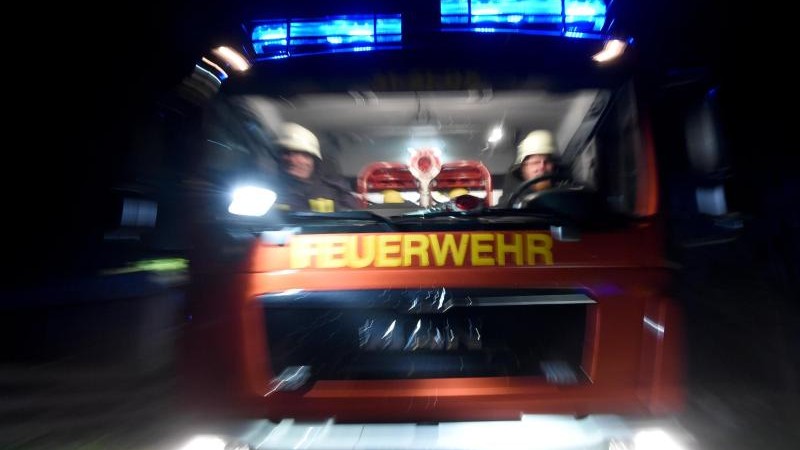 Bad in Frankfurt: Dax rises before change of government in the USA – Allgemeine Zeitung

Bad in Frankfurt: Dax increases on the day of the US handover – Lausitzer Rundschau

Bad in Frankfurt: Dax increases on the day of the US transfer of power – Allgemeine Zeitung

Person dies in an apartment fire in Frankfurt

Person dies in an apartment fire in Frankfurt

The Last of Us 2: Was Game Director Neil Druckmann Wrongly...

Roof fire on the former “Entenkeller” in Berlin