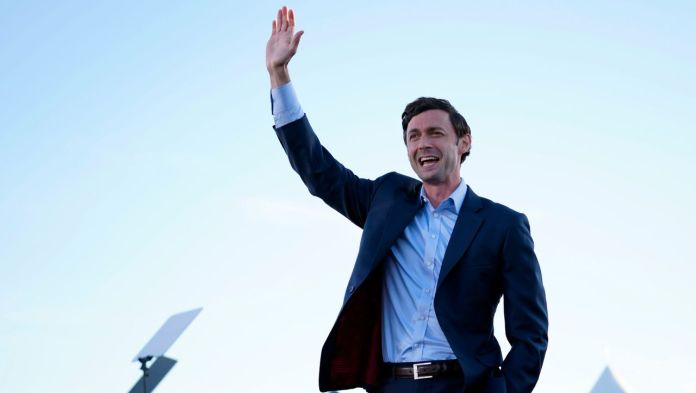 Important victory for the US Democrats: According to the US media, the party of President-elect Joe Biden won both votes in the decisive runoff elections in the US state of Georgia. As predicted by the broadcasters NBC and CBS as well as the news agency AP, Jon Ossoff prevailed against the Republican David Perdue.
With the one-two victory in Georgia, the Democrats now have 50 seats in the Senate, as many as the Republicans. Such a stalemate could be resolved ex officio by the future Vice President Kamala Harris in favor of the Democrats – she is also President of the Senate.

Since the Democrats already have a majority in the House of Representatives – the other Chamber of Congress – they will in future have control over the entire Congress. That means that President-elect Joe Biden could rule through at least the two years leading up to the next congressional election, if he rallies the Democrats in parliament behind him.

A Republican majority could have prevented him from drafting legislation and caused him difficulties in appointing judges to the Supreme Court or cabinet members. Candidates for these and other high government offices must be approved by a majority of the senators.

In November, the USA not only voted on the future president, but also on the composition of the House of Representatives and around a third of the 100 seats in the Senate. Each state is represented by two representatives in the Senate. In Georgia, both seats were an option. None of the candidates achieved the necessary absolute majority in the first vote in November.

Corona causes higher losses in the Bremen economy than expected

No library for Moabit? – Berliner Morgenpost

Highest incidence in Berlin: Why the corona numbers are increasing in...

Chelsea FC takes the first step out of the crisis