Outrage over attacks on journalists in Washington

Berlin (dpa) – After a record in 2019, export licenses for German armaments fell by more than a quarter last year.

The federal government allowed the industry to export arms and military equipment worth 5.82 billion euros, the Ministry of Economic Affairs announced on Thursday. That is 27 percent less than the 8.015 billion euros in the previous year. The front runner among the recipient countries is again Hungary with an export volume of 838.4 million euros. It is followed by Egypt (763.7), Israel (582.4) and the USA (509.2).

The federal government’s export permits fell continuously between 2016 and 2018, but then rose sharply in 2019. Since individual transactions can be in the high three-digit million range or, in extreme cases, even billions, the statistics are subject to strong fluctuations.

In 2020, the share of exports to countries that do not belong to the EU or NATO or are on an equal footing with these countries, such as Japan and Australia. Around half of the approved deliveries (50.1 percent) went to these so-called third countries, in 2019 it was 44.1 percent. Exports to these countries are particularly controversial because some of them are involved in conflicts or violate certain human rights standards.

This applies to Egypt, for example. The country, ruled with a hard hand by President Abdel Fattah al-Sisi, was already number 3 among the best customers of the German arms industry in 2019. Last year, the most populous country in North Africa even moved up to second place. The Ministry of Economic Affairs points out that 99 percent of the approved exports concern entire ships or components for them. The German company Thyssenkrupp Marine Systems supplies Egypt with submarines. In November, the federal government approved the Bremen Lürssen shipyard for the export of nine patrol boats and one coastal protection boat.

Egypt is accused of violating human rights such as restricting freedom of the press and freedom of expression and imprisoning thousands of opposition activists for political reasons. The country is also part of the Saudi Arabia-led war coalition in Yemen and is also involved in the Libya conflict. On the other hand, Egypt is a strategic partner of Germany in the region and, for example, a close ally in the attempt to find a solution to the conflict between Israel and the Palestinians.

The Egyptian ambassador in Berlin, Khaled Galal Abdelhamid, had recently recognized the arms deals as a show of mutual trust between Germany and his country. The cooperation shows “that Germany is sure that this equipment is used for the right purposes,” he said. “The larger the number, the livelier and closer the relationships are.”

EXPORTS TO ISRAEL ARE SPECIAL CASES

With Qatar, another third country is among the top ten recipient countries of German arms exports with EUR 306.2 million. Along with Turkey, the oil-rich emirate is one of the most important supporters of the government of Fajis al-Sarradsch in the Libya conflict. Germany is acting as a mediator in this conflict and sees its main task in ending outside interference – so far with moderate success. However, there is now a ceasefire in Libya and talks between the conflicting parties.

Israel occupies a special position among German arms exports as number three in the ranking. With a view to the murder of millions of Jews during the Nazi era, the German government has declared the security of Israel to be a German reason of state and has even subsidized the delivery of submarines with taxpayers’ money.

The German arms industry is currently doing the most lucrative arms deals with an EU and NATO partner. However, Hungary is one of the European partner countries with which the German government currently has the greatest political problems. The right-wing national government of Prime Minister Viktor Orban is currently arming massively. A large part of the orders go to Germany.

In July, Hungary received its first delivery of German Leopard 2 main battle tanks from the Bavarian armory, Krauss-Maffei-Wegmann (KMW). The vehicles are only four used Leopard 2 A4 tanks, which are intended to be used for training purposes. From 2023 onwards, 44 new Leopard 2 A7 battle tanks will follow – the most modern variant.

Germany is one of the largest arms exporters in the world. At the same time, however, the federal government emphasizes that it also has some of the strictest export guidelines in the world. They were only tightened in 2019 – especially with regard to the delivery of small arms such as rifles and pistols. It fell significantly in 2020 from 69.5 to 37.6 million euros. Only 1.5 percent came from third countries. Small arms are considered to be the weapons with which most people are killed in wars and conflicts. 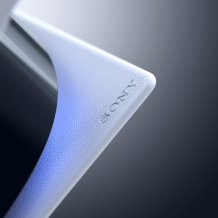 Seat wants to produce its first urban e-car | The...

At least 25 soldiers killed in attack in Afghanistan – Germany...

Fantasy flop with Vikings star Travis Fimmel was disfigured by 1000...