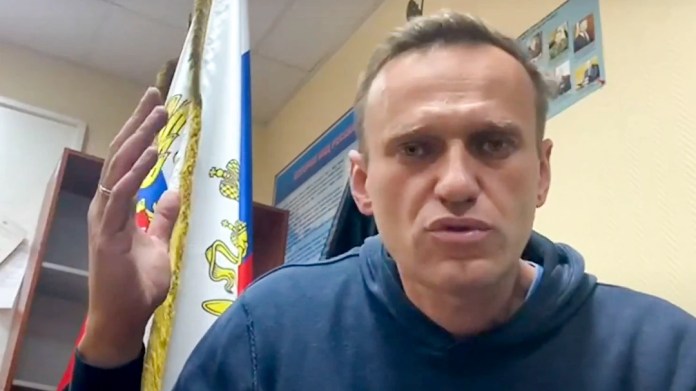 Berlin. No sooner had he landed in Moscow than Alexei Navalny was taken away and sentenced the next day to 30 days in prison.  The  reason: an alleged violation of reporting requirements from an earlier criminal trial. Should the oppositionist have remained in exile in Germany? And is Germany putting enough pressure on the Kremlin?

An overview of the press reviews

The  bell” From Oelde, Navalny’s return to Russia is both necessary and hopeless: “Navalny is certainly right in his statement that he has to be there if he wants to be credible as a leading figure of the opposition for political change in the huge empire. But for his courage and idealism he pays a high price with a prison sentence and possibly further harassment. As things stand today, the chances of pushing Putin out of office are slim: After a constitutional amendment, the 68-year-old could remain president until 2036. Nawalny’s mission is therefore like a marathon with an uncertain outcome – and yet it is an indispensable signal to the democratic forces in the country. “

The  “Southgerman newspaper” commented that Navalny’s current situation could not be satisfactory for anyone – neither for him nor his supporters, nor for the Russian government. “Navalny won the test of nerves against the Kremlin, that’s how you can sum up his trip home. Everyone could see how threatening the Kremlin actually considers him to be. But how it continues is open. Certainly not good, neither for Navalny, who was sentenced to 30 days imprisonment in an urgent procedure immediately after his return, nor for his supporters, who have to watch helplessly.

But neither for the Kremlin, which would have preferred to see the critic in exile. Firstly, the Kremlin did not want heroes to return; it never wanted to create a hero at all. For this reason, too, he has so far avoided imprisoning Navalny for any length of time. Navalny in prison could bring significantly more people to the streets in Russia than Navalny in a coma because they can now protest for something specific: his release. Second, of course, it does not make a good impression to arrest the most famous Kremlin critic – especially if he has narrowly escaped death beforehand. “

Navalny sentenced to 30 days in prison

The  Kremlin critic Alexej Navalny is said to have violated probation requirements, which is why he was arrested immediately after his return from Berlin. © Reuters

The  “New Press” from Coburg accuses Germany and the western world of cuddling up to Putin’s Russia: “

The  Russian reaction was predictable, but unfortunately that of the rest of the world is too. Germany, the EU, the USA – they all condemn the procedure. But when it comes to an oath, the indignant remain tame. As a reminder: the further construction of Nord Stream 2 was approved by a federal office just three days ago. “

Also the “Stuttgarter Nachrichten” complain that the West is too tame towards Russia. However, they also note that Navalny’s vision for the country is not necessarily the better: “Germany, the EU, the USA – they all condemn the approach in the Navalny case, optionally in the strongest and most emphatic manner. That doesn’t have to impress the rulers in the Kremlin deeply.

The  Russian action is just another step on the long path to lawlessness. But when it comes to action, the outraged remain pretty tame. What’s next for Russia and Navalny? It has happened in the history of the revolution that it has catapulted people from prison to the head of a state. Significantly more frequent are the cases in which the prison went to the cemetery. This danger still exists. And one big ambiguity remains anyway: Whether the nationalist Alexander Navalny would actually be good for Russia is by no means determined. “

The  “Südwest Presse” from Ulm warns of demands to stop the construction of the Nord Stream 2 gas pipeline: “In fact, voices were raised immediately to stop the construction of the German-Russian Nord Stream 2 gas pipeline. However, the more often you repeat the request, the wiser it does not get. Because nothing would change in the import of Russian gas.

The  existing transport capacities are sufficient to continue to pump sufficient gas to Europe in the foreseeable future, only more expensive. In addition, the demand is based on a double standard that plays into the hands of the Russian regime, which likes to wallow in the role of victim. Because other countries from which we obtain energy are also not flawless democracies. “

The  “Rhein-Zeitung” from Koblenz demands that in light of the Navalny arrest, any consideration of easing the sanctions against Russia must be rejected. “

The  role of the Russian opposition politician for the Kremlin was demonstrated by Moscow’s power apparatus on the return of Navalny. No sooner had the opposition set foot on Russian soil than he was already in custody. Navalny made a very brave decision for his political goals. He could assume that the Kremlin would not leave him alone – and will. Against the background of this renewed evidence of the brutality and ruthlessness of the Russian leadership against political opponents, any consideration for a possible relaxation of the EU sanctions against Russia must be rejected. “ Further mass protests in Myanmar despite threats of violence Overwinter in Germany. First gray cranes sighted in the northeast