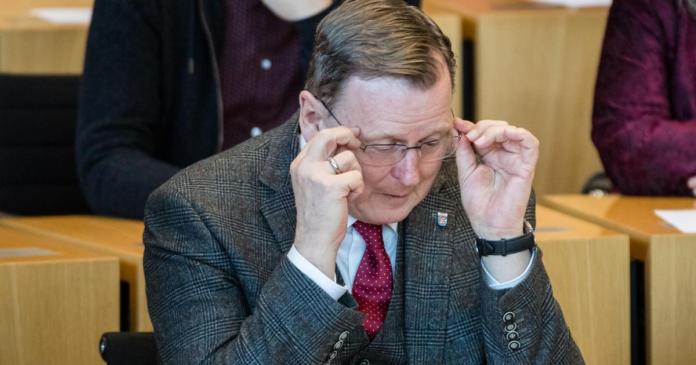 But what had actually happened? Ramelow is considered to be a person who is very affine for new media and likes to use their different channels for his communication.  The  latest hit right now:

The  Clubhouse audio app. In the social media app from the USA, users can take part in panel discussions. According to the app, Ramelow has been registered since January 21st, on Saturday night, as he told the dpa, he took part in the “Trash and Feuilleton” discussion – and chatted from the much-cited sewing box.

The  left-wing politician said that during the Prime Minister’s consultations with Chancellor Angela Merkel (CDU) on the corona crisis, he was happy to devote himself to the online game Candy Crush. As the “Welt am Sonntag” reported, Ramelow said he could manage up to ten levels. “Some play Sudoku, others play chess or Scrabble on their cell phones, and I play Candy Crush,” said Ramelow on Sunday of the dpa. In addition, he is said to have sung during his performance and called the Chancellor “Merkelchen”.

The  latter was taken out of context, said the left-wing politician of the dpa.

The  chat was followed by numerous pointed media reports, political criticism, especially from Thuringia, and the accusation that the Prime Minister did not act responsibly in the most important deliberations in the fight against the corona pandemic. One of the critics: Thuringia’s interior minister. “If it turns out that Bodo Ramelow is playing mobile phone games during the Prime Minister’s Conference, then he should check his behavior,” said Georg Maier (SPD) to the editorial network Germany (RND / Monday). “

The  situation is too serious for that.” Ramelow tried meanwhile to keep the damage as small as possible offensively and with numerous apologies.

Corona rapid tests: This is how Germany stumbles into the next debacle Vaccine strategy in North Rhine-Westphalia: who will be vaccinated first?

iOS 14.3: should I already install the update?

After an argument with sister: Anna Maria Damm has new cats