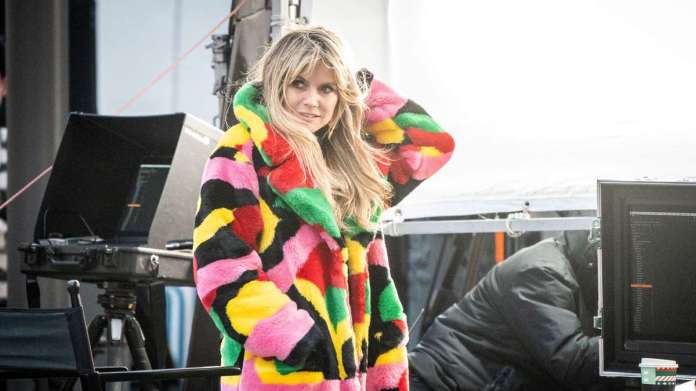 The  16th season of “GNTM” in 2021 will appear on ProSieben on February 4. Heidi Klum has already announced her top 24 in advance – with a very special picture.

Berlin – Heidi Klum is in the middle of filming her new season „Germany‘s next Topmodel“. TV start on ProSieben is February 4, 2021 at 8:15 p.m.. Because of Corona, the shooting is mainly in Berlin – with a special guest. Her daughter Leni klum (Her full name is Helene Boshoven Samuel), with whom Heidi has just shot for the cover of Vogue, accompanies her mom to the set.

The  fans are already excited to see what role the 16-year-old will play in the show. Also Mother Erna was allowed to take a look at the location.

GNTM 2021 (ProSieben): With star photographers on the set

Heidi Klum had already been spotted with some of her “girls” on a shoot in front of the Adlon Hotel Berlin.

The  young models posed in front of the camera Star photographer Ellen von Unwerth. Also there: some dogs that the models pulled after them on roller skates.

A small sensation, because in recent years the supermodel had always shown herself in the preview and on the posters alone or accompanied by her jury colleagues. Now the girls are finally allowed to advertise the casting show together with Heidi Klum.

The  photographer: Rankin, with whom the 47-year-old has already implemented many projects.

The  result: four different motifs in a white and red look.

GNTM 2021 (ProSieben): Who is allowed in the show opener?

Also the official one Broadcast song is already certain: “White Lies”, by VIZE x Tokio Hotel. Her fiancé Tom Kaulitz is known to be a member of the band. ProSieben also announced: If you present the best poses at the shoot, you can do it also in the show opener of the new season. (jh)

A source reveals: Meghan only has contact with this royal family member

“Star Trek” Legend Returns: How It Came to TV Comeback

Lena Meyer-Landrut is back: With THIS cute photo

Administration knew nothing of apartment behind bathroom mirror in New York

Basti Pannek: Does the Bachelor decide who can go on dates?