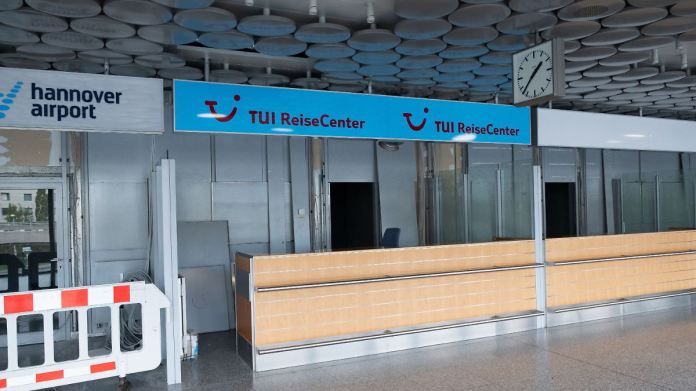 The travel industry in particular is suffering from the corona pandemic. Travel was hardly possible in 2020. The federal government has already given the Tui Group a helping hand – the EU competition watchdogs have now approved the billions in aid.
The EU competition watchdogs have approved German state aid of up to 1.25 billion euros for the travel group Tui, which has been hard hit by the Corona crisis. This was announced by the EU Commission in Brussels. Already today, Tuesday, the Tui shareholders are to approve a capital increase and financial aid for the ailing travel company at an extraordinary general meeting.

The responsible EU Commission Vice-President Margrethe Vestager said: “Like many other tourism companies, Tui was hit hard by the Corona crisis.” Germany will contribute up to 1.25 billion euros to the recapitalization of Tui as part of the announced measures. “For the risk borne by the taxpayers” the state “will receive sufficient remuneration and combine the support with conditions in order to limit possible distortions of competition”, stressed Vestager.

The state aid for the world’s largest travel company Tui is part of a larger support package in which private investors are also involved. According to the EU Commission, state aid is “necessary, suitable and appropriate” in order to remedy a “serious disturbance in the economic life of a member state”. It aims to restore “Tui’s financial position and liquidity that existed before the pandemic-related exceptional situation, while maintaining the necessary precautions to limit the distortion of competition”. In addition, Tui “does not have significant market power in the relevant markets in which it operates”.

In addition to air traffic and gastronomy, the tourism industry is particularly hard hit by the decline in demand during the pandemic. Tui had already benefited from further government aid in the course of the year. Including private funds, the group has now been awarded around 4.8 billion euros in support in order to offset the high sales losses in the ongoing pandemic.

Why the lockdown does not matter for the Dax

“Sex and the City” star Kim Cattrall: Career instead of children:...

This disciple of his guru is supposed to get Djokovic on...

The deep crash of the Turkish lira