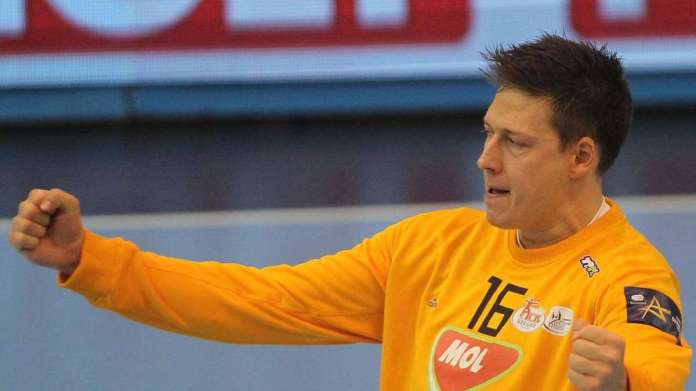 Before the last preliminary round match at the Handball World Cup in Egypt, our expert Michael Roth compares the German and Hungarian national teams.

Kassel – Two clear successes in preparation against Austria, a runaway victory at the start of the World Cup against Uruguay – so far, the German national handball team has not passed the tough tests. After the cancellation of the second tournament game against Cape Verde, the final preliminary round meeting today from 8.30 p.m. (ZDF) against Hungary will be the first real indicator for the team of national coach Alfred Gislason. Our World Cup expert Michael Roth compares the two opponents. He says: “ The  team is now fully challenged for the first time.”

the goalkeepers: “With Andi Wolff, Johannes Bitter and Silvio Heinevetter, the German team has three excellent goalkeepers. But I couldn’t quite understand why national coach Alfred Gislason first determined a 1A with Wolff and then left him out against Uruguay.

I still see the Hungarians in the position at eye level. Because on a good day it is difficult to get past Roland Mikler. And the keepers behind them also have some experience

The  Hungarians are physically on a par with our team, and they already had the robustness when I was active in the 80s. This opponent can really hurt you. And I’m not just saying that because defense chief Bence Banhidi is 2.06 m tall and weighs 120 kilos. Just like us, Hungary also has 6-0 and 5-1 coverage in their repertoire.

The y are also similar in their alignment: the inner block remains behind, the halves come out a little.

For the German team, the question arises how well Johannes Golla gets through when he has to play attack and defense for 60 minutes.

the attack: In the Magyar cadre, building blocks plays a major role. Since the top team Veszprem hardly has any Hungarians in their team, the national team is primarily made up of players from Szeged, Tatabanya and Balatonfüredi.

The  playmaker comes from Veszprem: Mate Lekai can sometimes make the difference. Out of a homogeneous team, he and the half-right Gabor Ancsin stand out.

The  Hungarians live from their team unity.

With Melsungen’s Julius Kühn, Germany has a player who can throw ten goals in one game. In the back area, Kühn, Philipp Weber and Kai Häfner are now first choice. But there are a few options behind – with Fabian Böhm, Paul Drux, Marian Michalczik and the highly talented Juri Knorr. On the outside, with Uwe Gensheimer, Marcel Schiller, Timo Kastening and Patrick Groetzki, who replaced Tobias Reichmann, we don’t have to worry. Moritz Preuss has to relieve young Golla at the district. I see Sebastian Firnhaber’s strengths in defense.

die Stars: It is too early to make an informed assessment. I would like Kühn and Gensheimer to surpass themselves at this tournament. That would help to get to the semi-finals. For the Hungarians, ex-professional Laszlo Nagy is a figure on the bench who also inspires great respect as an assistant coach. Otherwise Lekai, Ancsin and Mikler have to be considered.

the trainers: Alfred Gislason is an institution. A national coach of this quality would have needed a long time. He’s trained the best players in the world. With him you don’t wait for what he will say during the next break, as with his predecessor Christian Prokop. Gislason knows exactly what to do. He doesn’t make big mistakes.

Istvan Gulyas has worked in the Hungarian league for years. He brings national awareness into it. And I think he has the necessary authority. He benefits from the fact that he has two good people to support him on the bench in Nagy and former Spanish international Chema Rodriguez. (Björn Mahr)

Michael Roth (58) coached Bundesliga club MT Melsungen from 2010 to 2019. This year, the native of Heidelberg was first coach in Berlin, then national coach in Bahrain.

The  former national player won silver with the DHB selection at the 1984 Olympic Games. Roth is married for the second time and has two children. He lives in Hamburg.

Corona pandemic: A lot of skepticism about the Easter holiday Corona consequences can range up to sudden cardiac death World player of the year – Lewandowski takes on Messi and...