Managing director Hans-Jochim Watzke from Borussia Dortmund has explicitly highlighted the achievements of Mats Hummels and Marco Reus after the 3-1 win over RB Leipzig. Keeper Roman Bürki regrets the injury-related loss of Axel Witsel. Here you can find news and rumors about BVB.

News and rumors about Borussia Dortmund from the previous day can be found here.

BVB managing director Hans-Jochim Watzke explicitly praised a duo after Dortmund’s 3-1 victory over RB Leipzig. “Mats and Marco did an outstanding job together and carried away the whole team,” said Watzke in the picture about Mats Hummels ‘and Marco Reus’ performance in the 3-1 win at RB Leipzig.

Sports director Michael Zorc also highlighted the performance of the recently much-criticized Reus and also ennobled the increasingly better Jadon Sancho. “Jadon and Marco recently had an upward trend, which has continued,” Zorc told the WAZ. “They showed their full commitment in the first half when things didn’t go offensive, they put themselves at the service of the team. That’s the way, there is no other way.”

Reus provided both Sancho and Erling Haaland with an assist, and Sancho, in addition to his goal to make it 1-0, also made an assist on Haaland. Meanwhile, Hummels shone as a strong defensive chief. With the victory and the simultaneous mistake of FC Bayern Munich at Borussia Mönchengladbach, Dortmund shortened the gap to the front runner to five points.

BVB: The Bundesliga table situation at the top

RB Leipzig – Borussia Dortmund: The scores and individual reviews of the BVB players

Keeper Roman Bürki regretted the loss of midfielder Axel Witsel, who had to be out for several months due to a ruptured Achilles tendon. “It’s a bitter loss. With his personality, Axel was an important player,” said Bürki. He and the whole team hope “that he can be back on the field sooner than planned”.

Witsel contracted the injury without opposing influence in the victory in Leipzig. He was operated successfully on Monday.

“Time for discussions is over”: Corona skeptics call for a storm...

After the death of Tanzania’s head of state: new president sworn... 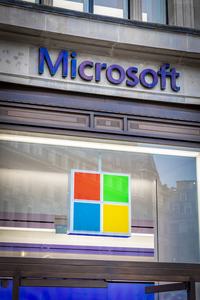 Despite the end of support: Windows 7 continues to be very...

Last Ferrari race will be “emotional” and “painful”

Can I continue to send my child to daycare or school?