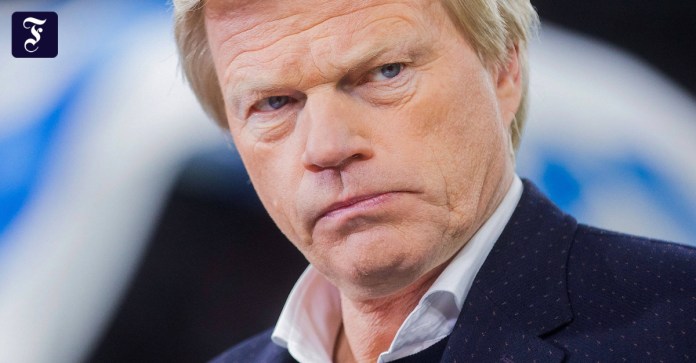 AOn Friday, two days after his bitterest defeat as head coach of FC Bayern Munich, Hansi Flick was sitting in the press room on Säbener Strasse and said: “We have to start quickly to get back on track.”

He tried again to explain why his team can now even be outwitted by strikers from the second division (“We don’t get so much pressure on the ball at the moment”) and why that could hopefully change (“A top team is emerging not only when things are going well, but especially when things are not going well ”). But one thing is still unclear: When did Flick and his Bavarians actually leave the right track?

It wasn’t the defeats in Kiel and Mönchengladbach that revealed Bayern’s (defensive) vulnerability. At most they were the definitive evidence of it. Hansi Flick also admitted in an answer that he had expected the break-in earlier, but that his team had saved themselves into the mini Christmas break with “an insane mentality”.

The  only problem is: the break is over, but the susceptibility is still there.

This Sunday (3.30 p.m. in the FAZ live ticker for the Bundesliga and on Sky) Flick and his Bavarians are playing against SC Freiburg in their own stadium, and it’s not just the coach who is currently worried. “

The  big individual defensive mistakes need to be remedied,” said CEO Karl-Heinz Rummenigge. “Now we have to get to the New Year as quickly as possible!” Wrote Oliver Kahn, who will be CEO in the future.

The  problem Flick and his team have in 2021 is the standard they set in 2020. On Friday the coach tried to remind people that the form of the pre-season was “not normal for Bayern either”. Another game with high demands awaits him on Sunday – and an opponent who has won the Bundesliga five times in a row.

No structure without school | Frankfurt

Gensheimer as captain for the World Cup, goalkeeper Wolff as “1A”

Corona in the monastery: More than 70 nuns infected | ...

Fan demo at the Olympiastadion before the Bremen game – BZ...