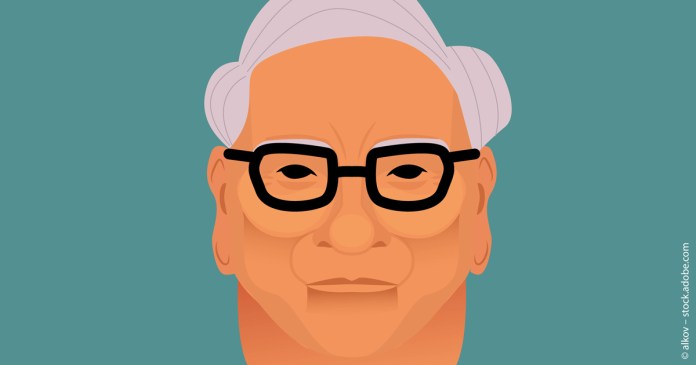 After the index recently hit an all-time high of 270 percent, many investors are wondering whether US equity valuations could return to more “normal” levels. Invesco chief economist John Greenwood and senior economist Adam Burton question the usefulness of the indicator as a yardstick for assessing whether a stock market is over- or undervalued relative to the historical average.  The ir analysis of the relationships between asset prices and economic activity, published in mid-January 2021, reveals several shortcomings in this indicator.

This is how the Buffett indicator is determined

Ever since legendary US investor Warren Buffett described the index as “perhaps the best single instrument for measuring where valuations are at a given point in time”, it has been known as the Buffett indicator. It is calculated by dividing the market capitalization of all publicly traded stocks in the United States by the United States gross domestic product. As a kind of price-to-sales ratio for an entire country, the index is certainly a simple way of comparing the total value of all stocks with the economic performance of a country. But it is also a relatively rough measure that, according to Invesco economists, also has several deficits.

Is there a more sensible evaluation basis?

Firstly, many companies listed in the USA are global corporations that generate their sales and profits not only in the USA, but worldwide. “Anyone who compares the market capitalization of US stocks with the nominal GDP of the USA is comparing apples with oranges,” emphasize the authors. Second, they think it makes little sense to use only the equity in the company’s capital structure for this comparison and to leave out other financial assets such as bonds or loans. Given the current extremely low interest rates and bond yields, many investors prefer to invest in stocks rather than bonds or money market investments.

The refore, Invesco economists think it makes more sense to compare the total value of all assets – and not just the market value of stocks – with nominal GDP.

As they explain, investors need to understand two concepts in order to understand the relationship between the total value of assets and nominal national income. First, households and businesses have tended to hold more assets relative to nominal national income as the economy grows and they become wealthier. As a result, the curve representing the total value of assets in relation to nominal national income is pointing upwards. Second, there is a strong correlation between the broad money supply and the total value of all assets: historical data shows that market participants tend to keep the broad money supply as a percentage of their portfolios relatively stable. “This stable relationship has survived changes in monetary systems, phases of high inflation, price bubbles and financial crises,” the authors say.

According to Greenwood and Burton, the implication of these two monetary concepts is that the total value of assets relative to economic output should increase in the medium to long term.

The ir analysis confirms this assumption and shows that broad money and the total value of assets are growing at about the same rate, while nominal GDP and corporate earnings are also growing at similar but overall lower rates. In the US, broad money and total assets have grown at annualized rates of 7.2 percent and 7.1 percent, respectively, since 1950, while nominal GDP and corporate profits have risen by an annualized 6.3 percent over the same period.

Buffett indicator is not necessarily suitable

“In all major economies, the money supply grows in relation to economic output – the ratio of money supply to the total value of assets remains relatively stable, however,” summarize the Invesco economists. “

The  share of stocks in total assets can vary depending on the financial situation, but national income is not a suitable benchmark for valuing the stock market.

The refore, the Buffett indicator is an inaccurate valuation tool, which falsely implies that asset prices are returning to a middle level relative to nominal GDP. In fact, it can be clearly seen that they increase over time. ”

Criticism of Ramelow because of clubhouse appearance

Why we’re getting particularly frivolous this year

Decision about Bioware’s problem child: How will “Anthem” continue?

“Spook is not over yet”: City Council dampens expectations of vaccination...