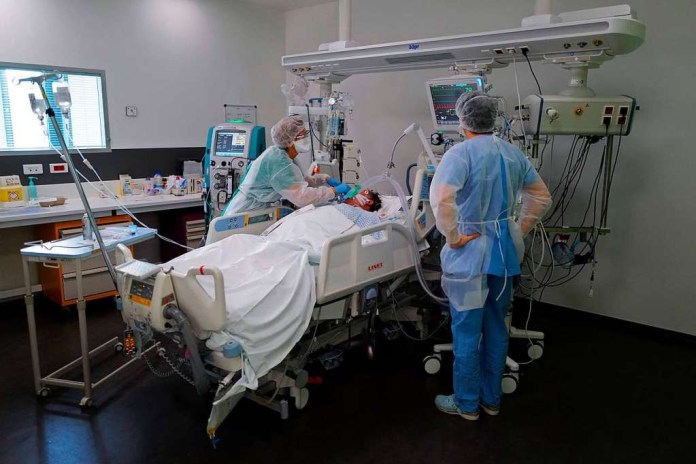 It is now all the more important to reduce the number of infections “very much” and thus remove the basis for further spread of the mutation, added Braun. “We want to keep it out of the country for as long as possible and keep it very low where it is already. You won’t be able to do that in the long run,” said Braun.

According to experts, the variant is easier to transfer

The  virus type B.1.1.7 had so far mainly occurred in Great Britain. According to experts, the variant is easier to transfer than the previous one. It has not yet been possible to say with certainty whether it is also more deadly. Virus mutations are also circulating in Brazil and South Africa with a particular risk.

The  right questions”: “You have to assume that, viewed over a month, these three variants are six to eight times as contagious. And if I then extrapolate the current figures , then I’m quickly to the scenario that Christian Drosten has calculated. “

The  virologist had expected in the worst case 100,000 new infections per day in the “mirror” if the lockdown ended too early. In the case of new infections registered within 24 hours, the highest value was reported on December 18 at 33,777 – however, this included 3,500 late reports. Since then, the numbers have dropped significantly.

The  threat situation is too great”

Lauterbach warned: “We will need a very hard and very well-functioning lockdown because the new variants are of a completely different caliber.

The y have a completely different threat potential.” Like Drosten, Lauterbach does not assume that summer will largely stop the spread of the virus.
In view of the situation, isolated calls for a lockdown to end in mid-February were blocked over the weekend. “

Nevertheless, the chairwoman of the Conference of Ministers of Education, Britta Ernst, believes that the first school openings at the beginning of February are possible. “Certainly not completely”, the Brandenburg education minister said in the “Rheinische Post”. “But I think that if there is a corresponding infection situation, for example with alternating lessons, it is possible.” Initially, this could only apply to final grades and the first grades.

What does this mean for schools?

“No country should have to wait for another to open its schools,” said the SPD politician, referring to the very different infection levels in the federal states. “I think it’s right when the countries make different use of the leeway that the resolutions offer them.”When asked whether the schools will be closed until Easter, Education Minister Anja Karliczek (CDU) told “Bild”: “

The  better we can get the numbers down, the earlier we can open.” And further: “It is important that we think about concepts now and then orientate ourselves on the infection numbers. We can do face-to-face lessons where the numbers go down.” Health protection has the highest priority right now.

With a view to the restrictions that will probably last longer, a broad alliance of 36 unions and associations is calling for the standard rates of Hartz IV and basic old-age security to be increased to at least 600 euros as well as immediate additional Corona aid for poor people.

The  signatories of the demand include the Verdi union, the education and science union, Awo, the social association VdK and the Diakonie.

The  alliance received support from the deputy SPD parliamentary group leader in the Bundestag, Katja Mast.

The  corona pandemic and its consequences “hit the weakest the hardest,” said Mast of the German press agency.

The  SPD has therefore made proposals for support. Specifically, she named a proposal from Federal Labor Minister Hubertus Heil (SPD) for a financial supplement for recipients of help in order to be able to buy the surgical or FFP2 masks that are now required in some areas of life. “Extraordinary circumstances require extraordinary measures – the alliance is right. Now only our coalition partner has to move,” said Mast in the direction of the CDU / CSU.

The  left in the Bundestag, meanwhile, calls for FFP2 masks for everyone. According to the editorial network in Germany, an application for the coming week of the meeting states: “In order for all people to have access to FFP2 masks, the federal government must ensure that they are available in sufficient numbers and are available at affordable prices.”

Dorsten will set up a rapid test center from Monday

Macron can hope for a second term

What will be possible again from tomorrow after the lockdown relaxations Von der Leyen: From April around 100 million vaccination doses per month in the EU

Intellivision Amico will be released in October 2021

Frozen pizza and cabbage are booming in the home office

Mihambo, Draisaitl and FC Bayern are “Sportsman of the Year”

Moving into the White House for Biden and Homecoming

The latest on the corona crisis – Austria goes into the...

Cyclist crashes into the track bed at the Charlottenburg S-Bahn –...