After the disappointing 1: 4 defeat against Werder Bremen, those responsible at Hertha BSC pulled the emergency brake. Trainer Bruno Labbadia had to leave. But that’s not all. Managing Director Sport and Communication, Michael Preetz, also had to resign.

With a view to the developments in the past as well as the current season, the decision was made to fill this position “for the future”, Berlin President Werner Gegenbauer was quoted as saying.

With the end of Preetz, an era at the capital club ends.  The  53-year-old himself was “incredibly grateful” for the many years that he was able to experience with his heart club. In total, it was almost 25 years that Preetz spent at Hertha. (

The  table of the Bundesliga)

Preetz has been active at Hertha for around 25 years

The  former striker laced his football boots for Hertha from 1996 to 2003, and with his goals he played a major role in the rise of the Bundesliga in 1997. With 108 goals, Preetz is still the club’s record scorer.

After his active career, he stayed with the Berliners in another position, initially as assistant to the management from 2003 to 2009, and from 2009 he followed Dieter Hoeneß as managing director of Sport.

So now it’s over for Preetz.

The  most recent downturn, which pulled the Berliners deep into the relegation battle and finally resulted in the dismissal of Labbadia, also carried Preetz into the abyss. Even before the game against Bremen, a good 200 supporters had formed in front of the Berlin Olympic Stadium and demanded the resignation of the club icon.

“If you are down there with a team like that, with such investments, you are responsible,” said manager legend Reiner Calmund CHECK24 double pass. SPORT1-Expert Stefan Effenberg agreed with him: “If you have the opportunity to invest 120 million and then you put the squad together in such a way that you play against relegation, then you have to draw the consequences. It’s like that in football.”

In his eleven and a half years as managing director, Preetz wanted to achieve one thing above all else: continuity. But these were far too rare with the old lady. Overall, Preetz wore out a double-digit number of head coaches, on average well one coach per season.

Favre sacking at the beginning of the term

One of his most important, but also most difficult decisions, Preetz had to make a few months after starting his tenure as managing director in September 2009: the dismissal of Lucien Favre.

The  Swiss had meanwhile been on a master course with the Berliners in the preseason, and at the end of the season he finished fourth, which at the time did not qualify for the Champions League.

But the start of the season failed, the Berliners lost six games in a row.

The re was also the public outburst of anger from Favre’s assistant coach Harald Gämperle (“Hertha has never had a professionally good coach like now”). After a short time in office, Preetz saw himself forced to act.

Friedhelm Funkel took over for Favre, but he could not prevent the GAU. Hertha rose as a Europa League participant in the 2nd Bundesliga. Under their successor Markus Babbel, the Berliners succeeded in resuming their position immediately, but he did not bring continuity to the capital either.

After a total of one and a half years, Babbel also had to leave, his successor Michael Skibbe flopped and was released after just two months. It was up to the legendary coach Otto Rehhagel to prevent relegation. But “Rehakles” also failed, after losing a relegation duel with Fortuna Düsseldorf, Berlin had to start again in the second class.

The re was already criticism of Preetz in Berlin at that time, he was made responsible for the two relegation. But it had no consequences for him.

With Rehhagel’s successor Jos Lukukay, the continuity demanded by Preetz returned to Berlin for the first time.

The  Dutchman managed to get up again, was a trainer for Berlin for around two and a half years before he had to go – also in need of relegation.

For him, in February 2015, Pal Dardai, the trainer, took over SPORT1-Information should take over again by the summer after the Labbadia discharge. No wonder: Under Dardai, Hertha experienced its most successful, because most constant phase under Preetz.

The  Hungarian stood on the sidelines for four and a half years, leading the Berliners into the Europa League twice (in which Hertha failed once in qualification). After the end of his tenure in 2019, he moved back to the second tier, the former player is currently the Herthaner youth coach.

With the end of Dardai’s term of office, the chaos among the Berliners really began. In summer 2019, financial investor Lars Windhorst announced that he wanted to turn Hertha into a top international club with the help of his financial support. With his Tennor Holding, he acquired shares in the capital club and has since pumped over 200 million euros into the club.

In summer 2019, Hertha went on a big shopping spree. Preetz invested over 100 million euros in new players. When it comes to coaches, too, people suddenly thought big in Berlin. After the failed experiment with Dardai’s successor Ante Covic (also a former player), Jürgen Klinsmann was brought in at Windhorst’s request at the end of 2019.

Klinsmann exit with a bang

The  former national coach rekindled the euphoria in Berlin and made people dream of higher things. While Klinsmann was aggressive and spoke of Europe despite the precarious table situation, Preetz tried not to let the hype get too big.

The  Klinsmann project crashed after a few weeks, he resigned in February 2020 with a big bang. A short time later, an explosive diary was made public in which he denied any quality to the Berlin squad. During the break in play due to the corona pandemic, Labbadia then took over and led the club to tenth place.

After another investment of over 30 million euros, the longed-for step forward should be achieved this season. But it turned out differently. Playful development? Nothing.

The  composition of the squad is also viewed critically by many – and that is Preetz’s area of ​​responsibility.

“Now a lot of money has been invested, but you’re still down there. But what’s even worse:

In contrast to previous years, Preetz suddenly had a lot of money available since joining Windhorst in 2019 to tinker with a squad that would meet the new demands – away from the gray mouse and towards the “Big City Club”.

Because of that, he ultimately failed. 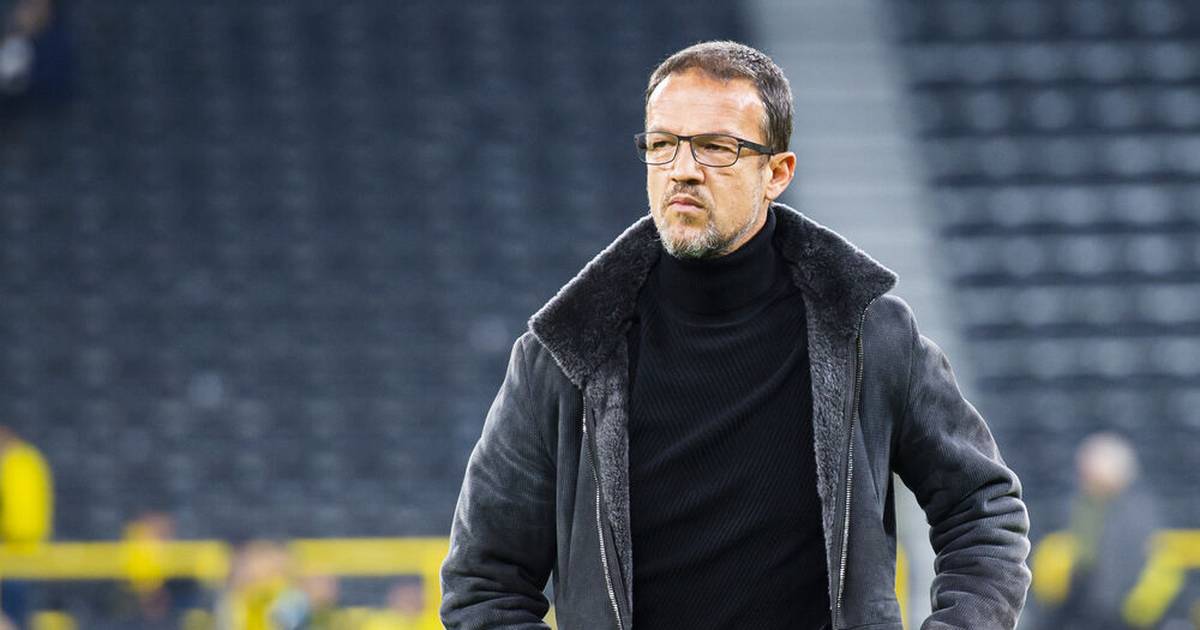 What does goodbye to Fredi Bobic mean for Eintracht Frankfurt

Olympia 2021 in Tokyo: Japanese do not want the Olympics this summer

This is special about Dominik Thalhammer’s “System LASK” – football

Comment: Why the new FCM coach Christian Titz will be able...

ROUNDUP: Conti wants to get out of the crisis with growth...