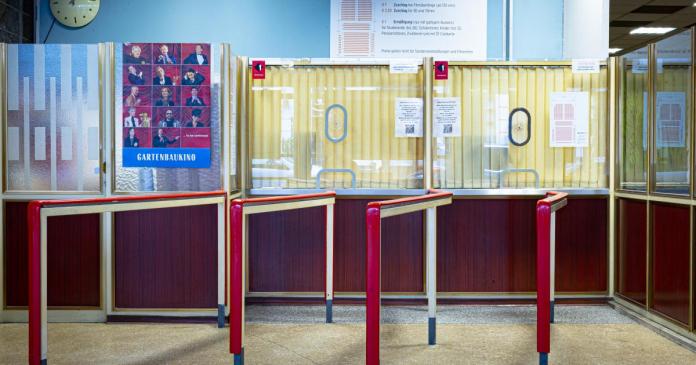 In the medium term, the domestic cinema landscape could change fundamentally. “There is a risk that there will be a gap between very large films and the smaller works – and that the middle rail will then be omitted.” He does not see the horticultural cinema in particular, which Shetler has positioned as a district cinema for the entire city, to be centrally affected – on the contrary, the older lady from 1960, who has been a listed building since 2018, is given a facelift this year under the motto ” Back to the Future”. “Nothing significant has happened here since the beginning of the 80s – which is not bad either, because a large part of the original substance has been preserved. And the incentive to really tackle it now has increased due to Corona.”

It should start before the summer, although Shetler has scheduled around six months for the work. In any case, they want to be open again at the beginning of October and thus in time for the Viennale. “The concept provides for a comprehensive renovation – from the building services and electrics to the preservation of monuments.” Much is being renovated, some even being returned to the original condition of the 1960s. From a ceiling painting at the bar to the ceiling tiles, the horticultural cinema is on the collar. The core of the 736 seats will be retained and will be refurbished. “Ideally, these will be changes that you not only see but also feel,” says Shetler, outlining the project.

Manfred Wehdorn’s architectural office is responsible for the renovation concept, who has established himself as an expert in dealing with listed buildings, for example with the Hofburg or the Museumsquartier. “We wanted someone who recognizes and values ​​this quality,” emphasizes Shetler.

A total of 3.3 million euros have been calculated for this quality, of which the city has already promised two million euros. In addition, a crowdfunding project in the form of chair sponsorships will start in February. Shetler hopes that then in autumn Vienna’s largest single-room cinema will shine in a new splendor and thus boost the mood in the entire industry, “I believe that this will also have a certain symbolic effect.”

Why the extension is necessary in Germany

A guest for her 108th birthday: Grandma Mina doesn’t have a...

These are the new measures from December 9th