The question is no longer whether the shutdown will be extended – just how hard it will be for people. According to information from the Tagesspiegel, the federal and state governments want to agree to extend the lockdown that was decided in mid-December until January 31, and to tighten it in parts. After an interim result of the round of talks between Chancellor Angela Merkel and the Prime Minister’s Conference, which began on Tuesday at 2 p.m., the Extension of the lockdown also for schools and daycare centers. It would then continue to apply what has been regulated in each country up to now. Sometimes the presence requirement is suspended, sometimes there have been complete closings. There are also differences in the emergency care measures.

It could only be provided for elementary schools to offer so-called alternating lessons before February, depending on the infection rate. However, there will be no face-to-face teaching anywhere in the next three weeks. The phased plan agreed by the ministers of education will therefore start in February at the earliest. For the care of the children at home, according to the state, ten additional days per parent are to be introduced for children’s sickness benefit, so more money will be granted due to the pandemic.

One household plus one person

In addition, local restrictions of the Range of motion in conversation when a certain infection situation has occurred. Such a regulation – we are talking about a restriction to 15 kilometers in the vicinity – already exists in Saxony, and the Thuringian Prime Minister Bodo Ramelow (left) has only just considered it for his country. The restricted range of motion should apply in corona hotspots from an incidence value of 200 new infections per 10,000 inhabitants within seven days.

The tougher regulation on the possibility of apparently requested by the Chancellery in the preliminary talks Curfews is not included in the draft paper for the round. It would therefore remain with the decision of December to provide local curfew if an incidence value of 200 new infections is exceeded. This is now the case in many rural and urban districts, so such exit restrictions are already possible at any time and are often applied, often limited to the night. The Chancellery had suggested lowering the threshold to 100 new infections.

According to the Tagesspiegel’s coronavirus map, an incidence of less than 100 is just 99 districts or cities. In total there are 294 districts and 107 independent cities in Germany. If the exit restrictions from the Merkel Plan were implemented, freedom of movement would be severely restricted in three quarters of all circles.

Only people in these districts or cities would then have comparatively greater mobility options:

In particular, the Bavarian Prime Minister Markus Söder (CSU) considers curfews to be an effective means for high numbers of infections. In Bavaria there is a general curfew between 9 p.m. and 5 a.m., with exceptions for professional reasons or emergencies. It is similar in Baden-Württemberg and Saxony. In North Rhine-Westphalia, on the other hand, there is no state-wide order, but there are curfews at the district level.

The previous lockdown is limited to next Sunday. Opinion recently indicated that it should continue to be a matter of the state as to when curfews are issued.

In a YouGov survey on behalf of the German Press Agency, almost two thirds of those questioned said they should continue the restrictions at least as hard as they were before.

Before the round, the Association of Education and Upbringing (VBE) had called for a clear decision against the nationwide opening of schools. “We expect that at the conference of the Prime Ministers with the Chancellor a clear decision will be made against the nationwide opening of schools. The infection numbers just don’t give that, ”said VBE boss Udo Beckmann to the editorial network Germany.

The deliberations of the federal and state governments are overshadowed by an explosive dispute within the grand coalition. The SPD accuses the Union of a vaccination failure. Above all, she is targeting one man: Health Minister Jens Spahn (CDU). Vice Chancellor and SPD top candidate Olaf Scholz has sent a catalog with 24 questions to him and the Chancellery. The document is available to the Tagesspiegel. It asks, among other things, why the EU Commission “pre-ordered so few vaccination doses” and why “parts of the doses not used by the EU (…) were not ordered for Germany”. The paper also asks why the EU turned down higher delivery offers from Biontech and Moderna.

SPD wants to turn Spahn into a bogeyman

Particularly spicy: According to “Bild”, the questionnaire was officially handed over by Scholz on behalf of the SPD-governed federal states. If so, the SPD’s candidate for chancellor is trying to assign sole responsibility for the vaccination strategy to the CDU coalition partner. At the meeting of the Corona cabinet on Monday, Scholz is said to have explicitly checked again with reference to the catalog of questions – and to have asked Spahn to clarify the vaccine supply.

The SPD member of the Bundestag Florian Post is already calling for an investigative committee to deal with the problems with obtaining vaccines. “Ms. Merkel and Mr. Spahn swore in their oath of office to prevent harm to the German people. But both have entrusted the vaccine procurement to the dilettante around EU Commission President (Ursula) von der Leyen, “he told the” Bild “newspaper. Hundreds of thousands of old people and carers in Germany who would have to wait for their vaccine are now suffering from their failure. “This scandal must be cleared up in committees of inquiry in the Bundestag and in the EU Parliament.”

In fact, according to the Robert Koch Institute, only just under 265,000 people have been vaccinated in this country, with an additional 22,000 being vaccinated every day. The vaccination rate is currently 0.29 per 100 inhabitants.

In the ARD morning magazine, Spahn defended himself on Tuesday. “We have always shared all information with the Corona cabinet, the Bundestag and the public. But where there are more questions, we will answer them, ”he said. With the vaccination, things developed as it had been discussed with Parliament and the Corona cabinet for weeks.

“In this really difficult phase of the pandemic, citizens rightly expect unity and determination from their government. And that doesn’t work well in such a phase, wanting to be government and opposition at the same time, ”said Spahn. “Somehow that hasn’t worked well for the SPD for 20 years either. I don’t think things are going any better now in election year. ” 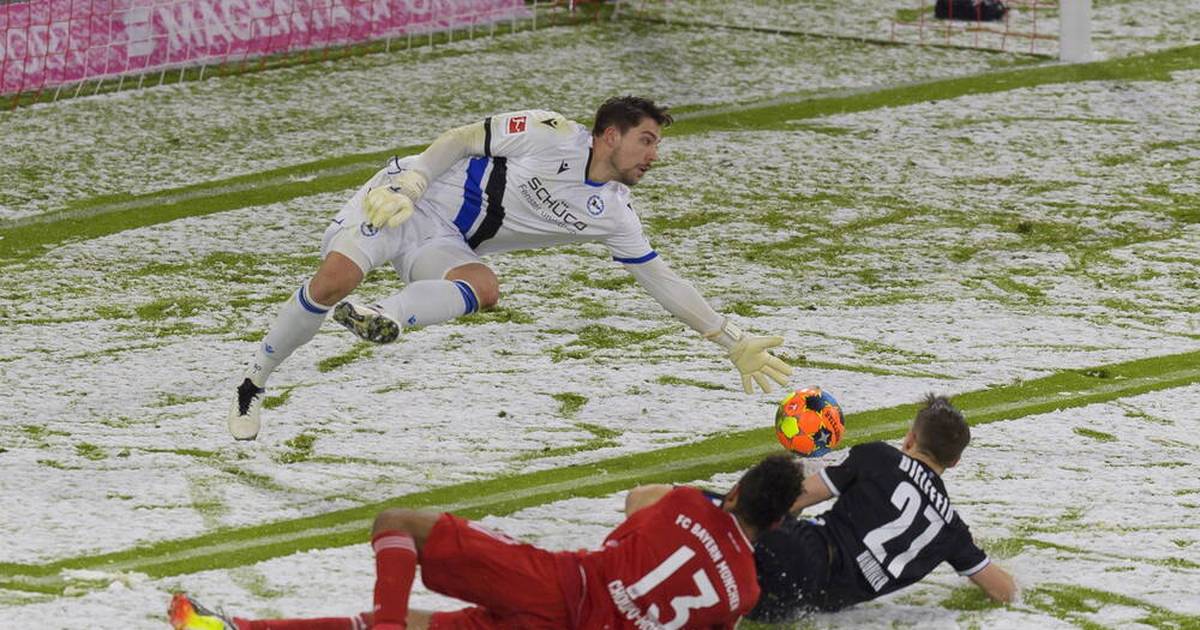 Our stars in action

Jerome Boateng “absolutely open” to return to the DFB team

Are you dying with or from Covid-19? Autopsy shows clear...

Briefly, the lockdown does not want to guarantee the end of...