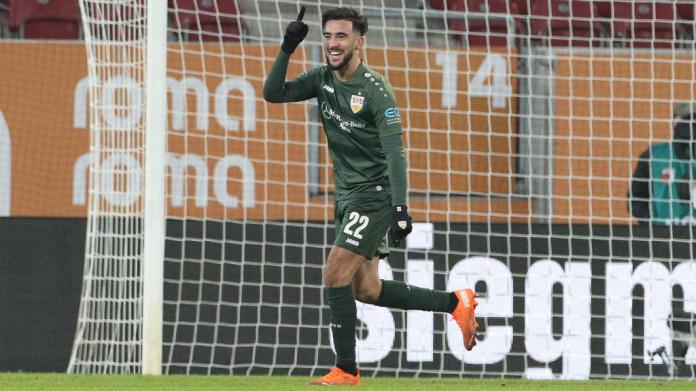 Nicolás González has had a good season with Bundesliga returnees VfB Stuttgart so far.  The  promoted team is in the middle of the table and is the best away team in the league. González played in ten championship games and sat in the scene.

Even though he does not have a regular place under head coach Pellegrino Matarrazzo and has only been in the starting eleven six times, the Argentine has proven his scoring potential several times: In the 4-1 away win in Augsburg, he already scored his fifth goal of the season and is therefore the second most dangerous behind Silas Wamangituka VfB attacker.

Again and again there have been rumors of change about González, who can come through both the center of the storm and the offensive flanks. Even the top European teams Juventus Turin and Tottenham Hotspur should be on the 22-year-old.

The  VfB star himself, who was one of the guarantors for the Bundesliga return in the promotion year 2019/2020 with 14 goals this season, promised loyalty to the Swabians at least for the time being.

“At the moment everything is fine. I feel at home,” González told the “Stuttgarter Nachrichten”.

The  attacker assured: “I am here with all my thoughts and all my heart. This team can still achieve a lot.”

A statement that sounds like a promise for the future, after all, he is still under contract with the traditional club until 2024.

Against the background of this oath of loyalty, it should not be forgotten that just a few months ago the opinion of the five-time Argentine national player was different.

In an interview in the summer he said after the VfB promotion: “I’ve made up my mind: I want to go, I need a change of air. I want to leave Stuttgart.” His change of heart should please all VfB supporters all the better.

PS5: Problems with Samsung TVs and Sony consoles with HDR in... That’s why the trip to Australia in 2018 changed everything