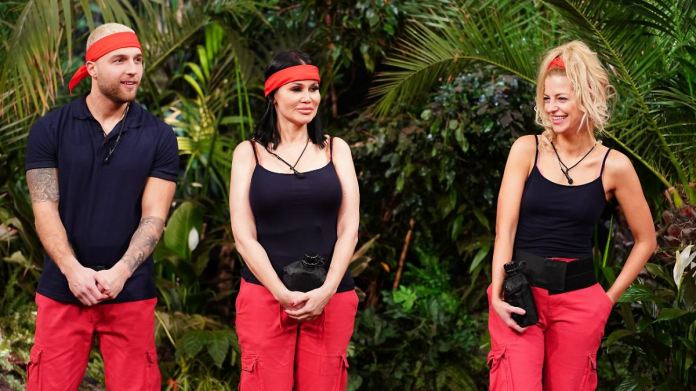 Day 10 in Tinyhausen: Djamila Rowe talks about her breast surgery, a blonde influencer talks about climate change and a princess from Saxony is also a blossoming star in Japan, which leads directly to the question: “Wow, can you speak Chinese?”
“I am psychologically a wreck,” sighs Djamila Rowe, society lady and “mother of all sluts” when she talks about hate comments that she often reads among her posts on the Internet. It was always about her lips, she was most offended by women. Why people are so angry with someone they don’t know at all does not go into Djamila’s head.  The  53-year-old reports openly about her many surgical interventions.

The  ones on the face, she says, at some point stopped counting.

Day 10 in Tinyhausen: Together with Djamila, a real princess and a fellow participant of various rattle formats, who constantly want to kiss any eyes, move into the mud. But let’s take a closer look at the new cucumber troop.

The  move turns into a pure stress test.

The  establishment looks something like a few delicacies in Berlin side streets before the hygiene office arrives.

All three immediately like each other and start chatting straight away. Djamila, who desperately wants to go to the jungle and who sees her participation as a “last chance”, wants to show the audience what she can do. It is built close to the water and believes that is a “deficit”. Her emotions only show how sensitive she is when she openly admits to taking the hate online to heart.

“You did it – from zero to one hundred”

But in a way it is terrifying, the own perception of these “reality stars”. For example, “Bachelorette” aspirant Filip Pavlović believes that by participating in the “Jungle Show”, he has reached Olympus in terms of his career.

The n “you did it – from zero to one hundred”. We find out that some have been applying for a ticket to Australia for years, hoping at some point, then, when you maybe no longer expect to receive a call with the acceptance.

Filip almost amazed that Xenia Princess of Saxony is a “real princess”. Her “great-great-grandfather was the last king of Saxony”, but Xenia never adopted anyone because she has “honor”. Yes, the honor: very, very important. By the way, in Japan the princess is a star. She sings Helene Fischer’s song “Atemlos durch die Nacht” in Japanese and is very well received on the Asian market.

The n the blonde: “Do you know Chinese?”

Honor, pride and prejudice: Filip wants to know from TV “dinosaur” Djamila if she regrets anything. After all, she can look back on a long trash TV career. Yes, well, “Tits out”, that shouldn’t have been, sums up the mother of two. In retrospect, “Adam is looking for Eve” wasn’t that fragrant either. Yotta’s constantly erect penis severely traumatized her. He just “didn’t have a grip on” the thing.

Djamila wears her heart on her tongue. She frankly tells the amazed Filip about her interventions. She had her breast enlarged four times, and once one had burst.

The re was even an “open air” operation – on a yacht in heavy waves. Breasts do not play an insignificant role in Xenia’s life either. That’s why “I’ll have it made for me now. Because when I bend forward, there are only empty rags.”

Climate in summer and Djamila’s community

You forge battle plans for the time in the real jungle and consider the best strategies to smuggle salt and pepper into the camp: the best is “in the hat”. Everything is very harmonious and Filip feels like “the little chicken”. He raps a little, the name Bushido comes up, at some point it’s all about testicles and “bra breast expert” Rowe jokes that Filip has a “testicle problem”.

Compared to the macho booze of the “Ex-Bachelor” from the previous day, sentences like: “Looks pass. I don’t want a pretty woman at all” almost sound like “deep talk”. In the “jungle test suitability test”, however, Pavlović tramples the delicate flower of sympathy.

The  peddlers have to speak on a previously drawn topic – as loudly as possible.

The  decibels are now more important than the content. You can argue that nobody would be interested in climate change. Yes, the climate is really cool – especially in summer.

The  superficiality is also evident in the vote. So whoever has the largest community on Instagram is ahead. You can rely on Filip’s homies. Djamila, who basically provided the best content, that we as a society should urgently talk about more, ends up in last place. Your social media community: not big enough. So someone with this sensitivity, who thinks out loud about why “people are addicted to hurting people”, works in such a format as someone who does not belong there and could therefore end up wearing the crown.

The  grand finale will take place on January 29th.

The  show is also available at any time available on TVNOW. You can also find more information about the show at RTL.de.

Today show: Carolin Kebekus on primates and misogyny in the AfD

Season 2 of “The Misfit of Demon King Academy” announced 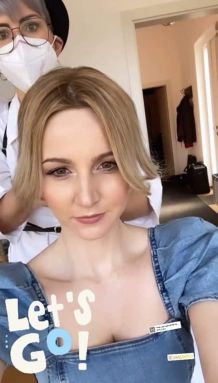 Magician Topas from Stuttgart: “Corona was gone on stage” – Stuttgart

Italian government sworn in to Prime Minister Draghi in Rome