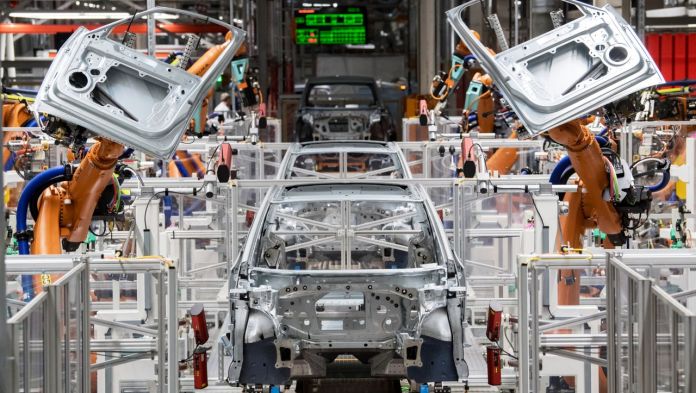 The  mood among companies in Germany worsened at the start of the year.

The  Ifo business climate index fell to 90.1 points in January, as the Munich economic research institute announced on Monday for its survey of 9,000 managers. In the previous month the value had reached 92.2 points. Economists polled by the Reuters news agency had also expected a less severe drop to 91.8 points. “

The  managers assessed the outlook for their businesses and their situation as less favorable than before.

Due to the corona pandemic, the German economy had collapsed by five percent in 2020 as it had not since the financial crisis and at the same time shrank for the first time in eleven years. Economists believe that the economy will once again see a noticeable improvement in the current year, although this will depend heavily on the further course of the pandemic and the success of the vaccinations. So far, the federal government has officially expected growth of 4.4 percent for 2021, but is likely to lower its forecast to three percent in the new annual economic report on Wednesday, as Reuters learned last week.

Lufthansa flies in a tough summer

After the record high: DAX is likely to fall back

Beiersdorf flies out of the Dax, Siemens Energy rises – economy

“I’m transgender and my name is now Elliot”

Snapdragon 870: Qualcomm goes to 3.2 GHz in the smartphone

Salzburger Leitinger on RTL in Santa Caterina in 17th place