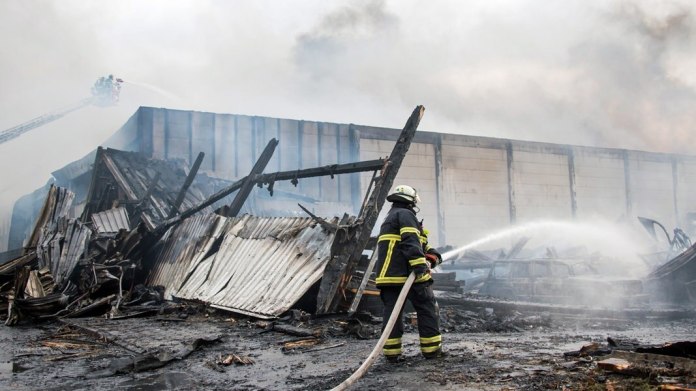 In the Heinrich Brüning GmbH building complex, mainly packaging material, dried fruits and nuts were stored, as the managing director told the Hamburg Journal on NDR television. Residents were told to keep their windows and doors closed for around 24 hours because of the smoke development. On Thursday at 5:15 p.m., the official announcement “fire extinguished” for the largest fire brigade operation in nine years, as a spokesman for the Hamburg fire brigade announced.

On Thursday, around 70 fire fighters from the professional and voluntary fire brigade were still busy extinguishing the last hot spots and hot spots. Debris was cleared away with wheel loaders and excavators.

The  warehouse complex collapsed completely because of the fire and burned down to the foundation walls. “It’s all in ruins. Only a few concrete pillars still stick out into the sky,” said the spokesman.

The  cause of the fire is still unclear

On Wednesday up to 150 firefighters fought the flames simultaneously for hours.

The y were temporarily hindered by strong winds, snow and sleet. Interior Senator Andy Grote (SPD) thanked the emergency services via the short message service Twitter for their “nerve-wracking and exhausting work”.

The  cause of the fire is still unclear.

The  amount of damage is also not yet known.

The  hall belongs to an import and export company for dried fruits. Up to 150 firefighters were on duty. 3 min

All new films and series of the month

The Epic Games Launcher uses a lot of power in the...

Mike Pence breaks with Donald Trump – which decision is imminent 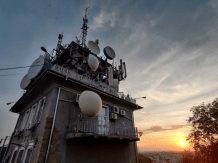 Telekom, Vodafone and O2 will switch off cell phone networks next...