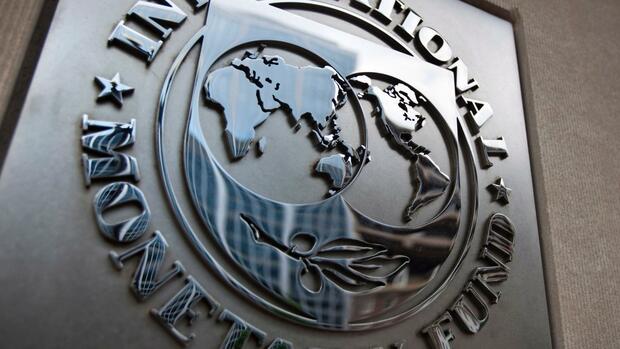 The  praise from the International Monetary Fund (IMF) should not be missing in any speech by Olaf Scholz (SPD). According to the Federal Minister of Finance, the IMF gave Germany “top marks for its crisis policy. This confirms once again that we have managed the crisis well so far ”.

What the IMF is demanding of Germany in terms of economic policy after the pandemic is likely to please the SPD candidate for chancellor less. For example, the IMF does not consider the tax increases required by the SPD for the wealthy to be necessary – rather, tax cuts are more appropriate. IMF expert Shekhar Aiyar told Handelsblatt: “Germany has so much financial leeway that despite the pandemic it does not have to worry about increasing revenues.”

Higher income is therefore not the topic that he would put on top of the agenda, according to the IMF expert. “Something that we have been calling for for a long time, on the other hand, is relief for lower incomes.”

The  Handelsblatt had a conversation with Aiyar on the occasion of the IMF’s final report on the German economy, which will appear this Tuesday. In this report, too, Aiyar and his team praise Germany’s crisis policy in the pandemic.

“Germany did a really good job in the first wave,” said Aiyar.

The  economic slump is significantly less than in many other large countries. This was due, among other things, to a good health policy, the rapid application of generous economic aid and the tried and tested system of short-time work, according to Aiyar. Germany has attracted worldwide attention with this policy.

However, Aiyar is also watching with concern how the number of infections and deaths in the second wave of pandemics has also increased in Germany. However, he does not want to judge the current crisis management. For his analysis, Aiyar took a closer look at last year’s policy, not the new measures.

It is clear, however, that Germany will have to step up economically if the upswing does not start in the course of the year due to a longer lockdown, contrary to what the IMF is currently forecasting. “If there is no growth, the government has to do more. And she has the financial flexibility to do so, ”says Aiyar.

That is one of the core messages of the IMF: Even if Germany is taking on record debts because of the pandemic – debts are currently the least problem for Germany.

The  budget situation in Germany is excellent compared to almost every other country in the world,” said Aiyar. It has to be said over and over again: “

The  German national debt is not a problem and should not stand in the way of energetic political measures.”

The  IMF ran various stress tests to see how Germany’s debt level was developing. And almost all of them hardly find out: If things run reasonably normally, Germany’s debt level will fall, which gradually rose from 60 to 80 percent during the crisis, and quickly back to 60 percent after the pandemic. This is an extremely low value in an international comparison.

In view of this leeway, the IMF calls on Germany to significantly increase investments.

The  federal government must spend more money on infrastructure, digitization and green energies in order to strengthen growth – especially in a decade in which demographics will noticeably slow down the country’s innovative strength and put a strain on the social security system.

The  IMF does not want to accept the argument that a lot of investments and Corona aid are already not flowing away. For example, the low outflow of corona aid could also be a sign of the strength of the German economy, because the companies are better positioned than in other countries and do not even need the aid provided in full, according to Aiyar.

IMF: It makes no sense to loosen the debt brake

Especially in times of low interest rates and a loose monetary policy, higher investments make even more sense because they are then “even more effective”, according to the IMF expert.

The  reason: According to the IMF, Germany will quickly see structural – i.e. cyclically adjusted – budget surpluses amounting to 0.5 percent of gross domestic product after the crisis. “

The  point is: Even if the debt brake is fully in force again, there is enough leeway for Germany within the debt brake to make much more public investments and public spending,” said Aiyar.

The  IMF is also concerned that Germany will come out of the crisis better than other EU countries and thus become even more dominant economically within the EU. If Germany comes out of the crisis well, this will of course be “an anchor of stability for the EU and the euro area,” said Aiyar. Germany’s trading partners in the EU would also benefit.

“But the economic gap between Germany and other countries has certainly been a long-standing problem, and there is a possibility that this gap will become even greater as a result of the pandemic.”

More: How the Corona debt could go away on its own.

In the shadow of the pandemic tennisnet.com

“You Berliners are all pandemic tired”