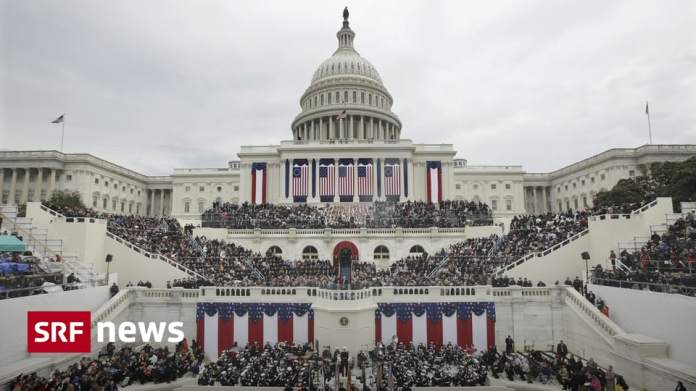 What is the President’s inauguration exactly?  The  inauguration is the ceremonial inauguration of a new US president. It has been held on January 20 at noon since 1937 – in Washington, DC since 1801.

The re were exceptions in particular for presidents whose predecessors unexpectedly left office. For example with Lyndon B. Johnson, who was sworn in after the murder of John F. Kennedy in Dallas.

The  official list of all inaugurations of US presidents

How does the inauguration work?

The  only fixed part of every inauguration is the taking of the President’s oath of office. This oath is written into the US Constitution.

Once Joe Biden has uttered these words on the Western Front of the Capitol, he will officially be the 46th President of the United States of America. Kamala Harris will become Vice President once she has sworn the oath of office, usually shortly before the President is sworn in. Once sworn in, Biden inspects US military forces at the Capitol.

The reafter, a wreath-laying ceremony is planned at Arlington National Cemetery.

The n he gives his inauguration speech

Who participates? First of all: Predecessor Donald Trump will definitely not participate – he will fly to Florida with Air Force One in the morning. Trump is breaking another tradition. He becomes the first president since 1869 who does not attend the inauguration of his successor. However, the outgoing Vice President Mike Pence has agreed.

Trump’s predecessors with their wives will be among the 200 invited guests in the stands: Barack and Michelle Obama, George W. and Laura Bush as well as Bill and Hillary Clinton. A local firefighter will take the traditional pledge of allegiance. In addition, the young poet Amanda Gorman reads an inauguration poem, as is usual with Democrats. Another 1,800 guests are allowed on the lawn in front of the Capitol.

What is the impact of the Covid-19 pandemic and the storm on the Capitol? This inauguration makes both of these significantly different from the inaugurations of the last presidents. It takes place largely in camera – after the Capitol storm, the Western Front is also protected by fences, barriers and thousands of members of the National Guard.

Washington Fort before the inauguration 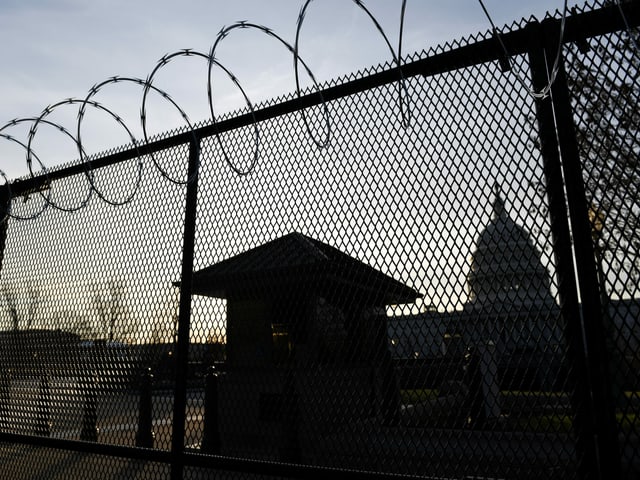 Since the storm on the Capitol, the building has been cordoned off extensively – with high barbed wire fences and concrete elements. 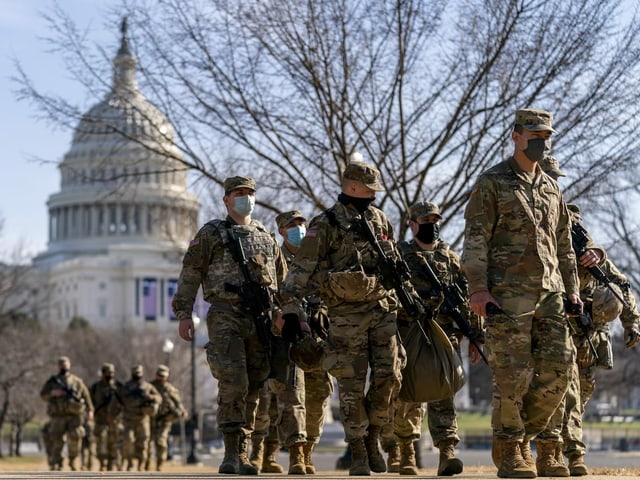 Up to 25,000 members of the National Guard are supposed to ensure security around the Capitol. 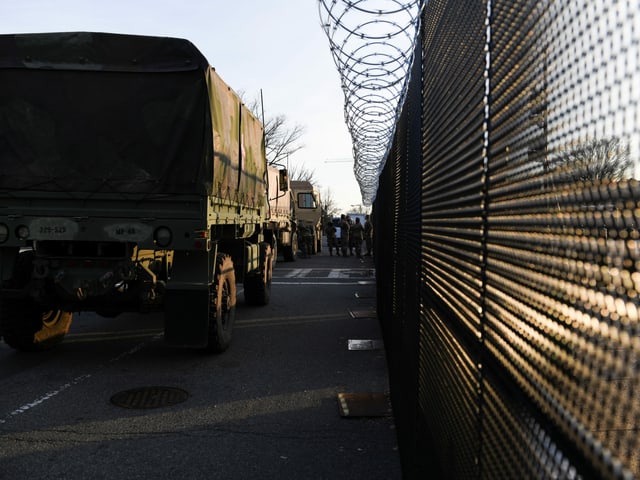 The  presence of the National Guard in front of the Capitol is said to have a deterrent effect. 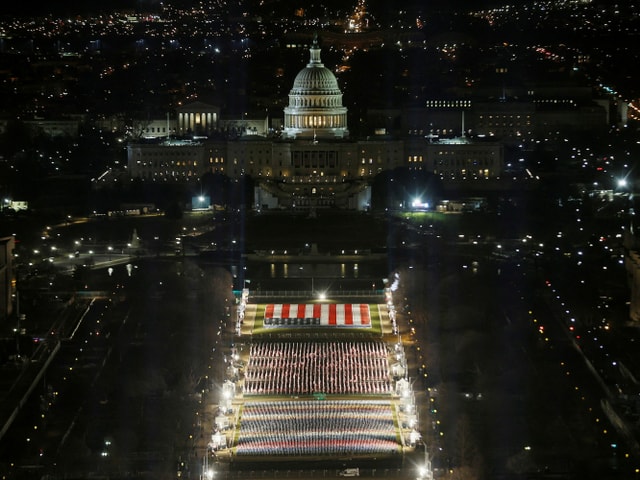 The  National Mall – usually populated by hundreds of thousands of spectators at an inauguration – is cordoned off and decorated with flags for the inauguration of Joe Biden. 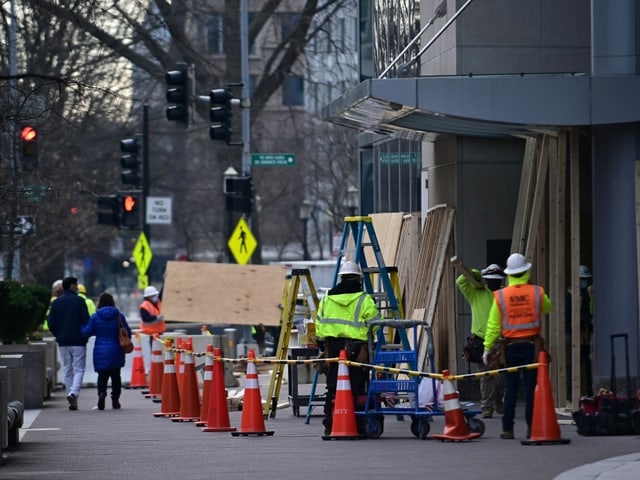 In the vicinity of the White House, there is increasing concern about rioting – shops protect themselves with wooden boards. 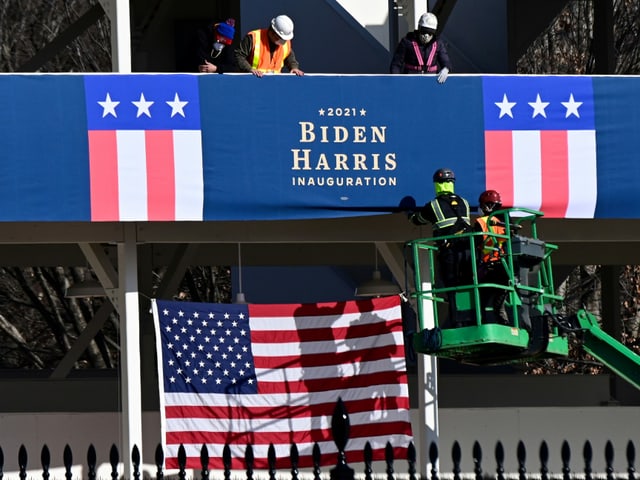 Preparations in front of the White House were already in full swing a week before the inauguration.

Joe Biden originally wanted to take the train from Delaware to inauguration. However, these plans were abandoned due to safety concerns. Biden will give a speech on site, but even before the events of January 6, a lot of the ceremony had been planned as a virtual event due to Corona.

The  traditional parade of the new president from the Capitol to the White House will take place purely virtually – and instead of on-site festivities, there will be a recorded TV special.

The  motto of the slimmed-down celebration is “America United”.

Which stars are performing? Jennifer Lopez and Lady Gaga have announced appearances at the Capitol. Lady Gaga will sing the national anthem at the inauguration.

The  TV show that will follow will be hosted by Tom Hanks, with appearances including Bruce Springsteen, John Legend, Jon Bon Jovi and Justin Timberlake.

Duchess Meghan: New excerpt from the revelation interview: “We have already...

Trump continues to see himself as a winner at the rally...

Nadja Abd el Farrag: Photo surprise! This is how she...

Numbers of the RKI: only 7141 new infections?

Consumers hardly hoard any medicines in the Corona autumn | ...

Vettel disappointed in training: Raikkonen clears his own F1 car Farewell Trump: “Will return in some form”