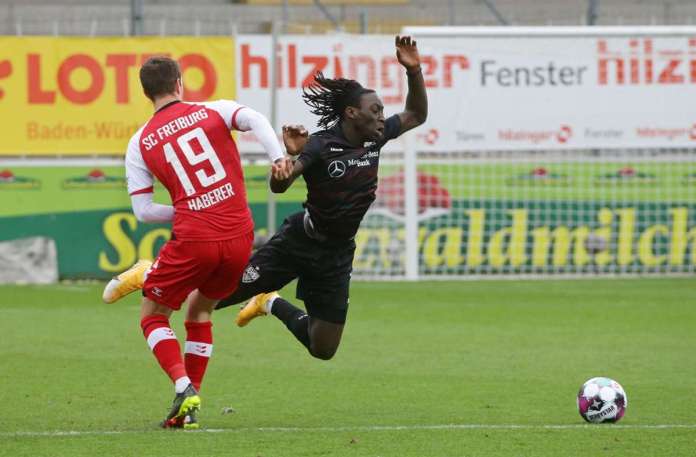 Freiburg / Stuttgart – VfB Stuttgart lost 2-1 at SC Freiburg on Saturday afternoon at the start of the second half of the current Bundesliga season. Thus, after 18 matchdays, coach Pellegrino Matarazzo’s team still has 22 points in the top German soccer division on the credit side.

Read here: That’s why Sosa and Förster were missing

In the first round, a lively exchange of blows quickly developed in the Baden-Württemberg duel. VfB Stuttgart took the lead in the seventh minute of the game thanks to Silas Wamangituka. Referee Tobias Stieler had initially not given the goal because of an alleged offside position; after using the video evidence, however, the goal counted.

The  Breisgauer, however, were unimpressed and came in the 14th minute by Ermedin Demirovic to the 1-1 equalizer. As a result, VfB hardly got into the game – the consequence: the 2-1 for SCF by Woo-yeong Jeong (37th). Before the break, the Swabians had the chance to equalize, but Nicolas Gonzalez was unable to accommodate the penalty kick in the opponent’s case (45th).

After the break, Pellegrino Matarazzo reacted and brought in Konstantinos Mavropanos for Pascal Stenzel. In the 48th minute, the Cannstatt club came up with a promising opportunity, missed the 2-2 again – and continued to lag behind. A quarter of an hour before the end, Mavropanos had the goal on the foot, but not for the first time in this game Freiburg goalkeeper Florian Müller was there with a save. When substitute Erik Thommy also failed on the post (88th), the afternoon was perfect for VfB.

Our data center | Notes for the red |

We rated all VfB Stuttgart players who played at least 15 minutes with a detailed individual review. You can read them in the photo series. You too can rate the VfB players – in our grade tool.

Coronavirus in the USA: Six allergic reactions after 250,000 vaccinations –...

Tractor instead of pulpit: alternative worship services are well received |...

One death and 33 new infections