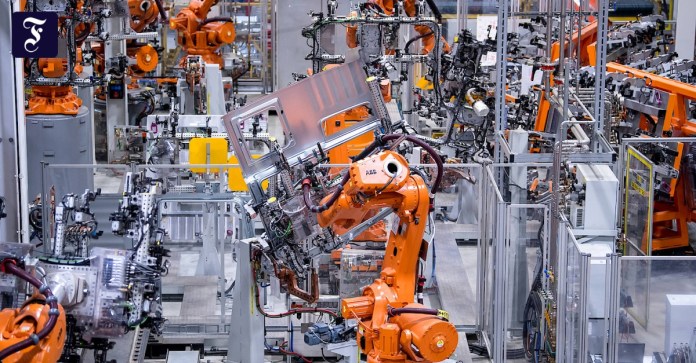 Dhe criticism of the past few days has annoyed Siegfried Russwurm, you can see that. The former Siemens manager has been President of the Federation of German Industries (BDI) since the beginning of January and was confronted with the first dissent with politics. Whether Thuringia’s Prime Minister Bodo Ramelow (left), Green parliamentary group leader Katrin Göring-Eckardt or Labor Minister Hubertus Heil (SPD): In the past few days, the economy had to put up with the accusation of bringing too many employees into the companies instead to send them to the home office in the interests of combating corona. There is no evidence that the industry is a pandemic driver, said Russwurm on Tuesday at his first press conference.

The hygiene concepts are “meticulously” adhered to. “I warn everyone against believing that the economy could be turned off for four weeks.” It would take at least as long to turn it on again afterwards. Two months of stagnation at a time when the federal government is using taxpayers’ money to launch one billion-dollar aid program after another? That could hardly be the solution, said Russwurm.

He hopes that from February there will be a differentiated approach instead of the blanket closure of entire branches of the economy. And that the German economy can then return to growth again. BDI Germany expects 3.5 percent growth this year. But Russwurm also says: “The economic situation remains difficult.” A return to the pre-crisis level will be difficult this year. “But there should be a good chance that it will succeed in the first half of 2022.” Last year, gross domestic product had shrunk by around 5 percent. The Federal Statistical Office will announce the exact number on Thursday.

“States should have discussions with states”

Great hopes now rest on those companies that export their goods to countries that are already out of crisis mode – especially China. For exports, the BDI is assuming an increase of 6 percent this year, after a decrease of 11 percent last year. It is all the more important to keep the industry running. Russwurm is therefore demanding “more creative solutions” from politics instead of continued lockdown and the hope that the vaccinations and the warmer weather in spring will ease the situation.

At least in one respect there is relaxation: looking at America. “I don’t expect the new American president to count the makes of cars on Fifth Avenue,” said Russwurm. Hopefully such “irrationalities” of the current incumbent Donald Trump will be over when Joe Biden takes over the office. “It’s good to have the Americans by our side again in the future.” He sees the recently agreed investment agreement with China as “not perfect”. If China does not make progress on human rights, it will be difficult. The head of the association also warns politicians against transferring too much responsibility to companies – keyword supply chain law. “States should have discussions with states.”

From the federal government – the current, but even more so the future – he does not expect further burdens, but relief for the economy. Specifically, the BDI demands a maximum taxation of companies of 25 percent. In fact, it is currently more than 31 percent. Russwurm is well aware that this requirement is nothing new. “It’s not fun to make the same demands over and over again.” But the average burden at EU level is only 22 percent.

The BDI is also planning an investment offensive for public infrastructure, worth 20 billion euros a year. According to Russwurm, this does not mean that the debt brake should therefore be permanently weakened. “Consumer spending” would have to be scrutinized; this applies to the state as well as to companies. It is clear to the head of the association that these will not be easy conversations. “We’ll have to look deep into each other’s eyes.”

Criticism of changes in WhatsApp conditions in Turkey is increasing |...

13 dead in Southern California: fatal accident calls investigators on the...

Gendered in the show: audience criticism of Ruth Moschner