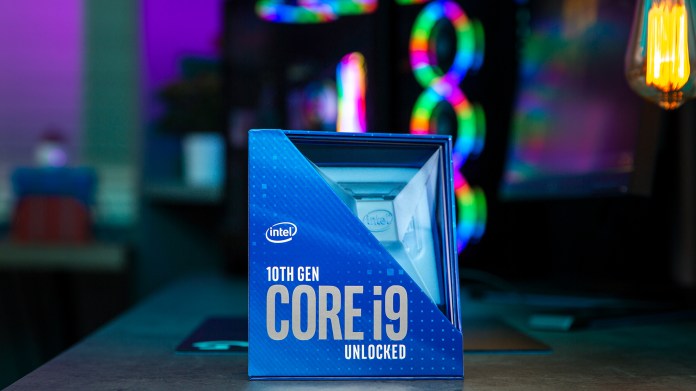 Intel still manufactures its current desktop processors using 14 nm technology, which was introduced in 2014 with the Broadwell generation. Even if the technology has been modified in the meantime, the manufacturing process is significantly older than AMD’s 7 nm variant. But despite this disadvantage, Intel shows that the 10th generation CPUs are competitive to a limited extent.

The  table below shows the comparison between the Intel Core i9-10900K and the AMD Ryzen 9 5900X. Both are the current top models from the respective manufacturer in the mainstream segment – the Intel CPU is a ten-core, while AMD is a twelve-core. So that you can classify the whole thing better, the following should be given to you: For the values ​​given in points, MB / s, fps or pps, the simple principle applies: the higher the value, the better the result. Only the results expressed in s (seconds) are about the elapsed time and the following applies: the lower the numerical value, the better the measurement result.

We tested the graphics benchmarks in combination with an Nvidia RTX 2080 Ti. In contrast to the AMD model, the Intel processor with the UHD graphics 630 has its own GPU, which is unsuitable for demanding games or applications.

Double success at the World Ski Championships – Vain sunshine in...

Innsbruck Mayor: After the second mass test, it must be over

Football EM 2021 in Vienna? UEFA does not deny this

Consoles and Google Stadia in comparison

Two other people in Dortmund die in connection with Corona