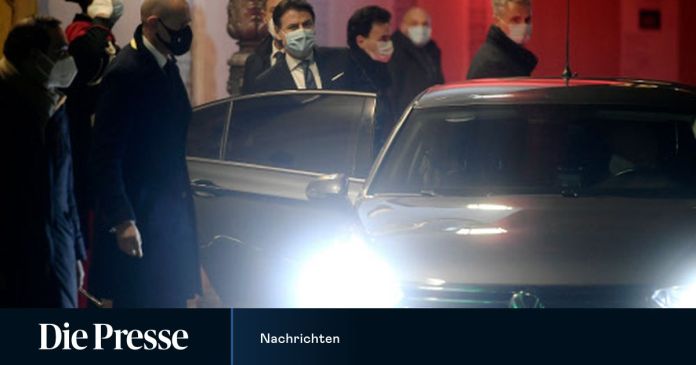 The  Italian government barely managed the second test of strength within two days. Nevertheless, Conte cannot look to the future in a relaxed manner. Chancellor Sebastian Kurz had his back before the vote.

The  Italian Prime Minister Giuseppe Conte survived a sensitive vote of confidence in the Senate on Tuesday evening, albeit with a very thin majority that casts shadows on his political future.

The  56-year-old prime minister held his own with 156 votes in favor and 140 against. How stable the government will be in the future is uncertain.

16 senators from the ranks of the previous ruling party Italia Viva abstained. Italia Viva around expremier Matteo Renzi left the government alliance last week. Ambiguities in the election procedures led to a considerable delay in the announcement of the results. Lega and the right-wing Fratelli d Italia party announced after the vote of confidence that they would like to ask for a meeting with President Sergio Mattarella. You are pushing for early parliamentary elections.

The  Prime Minister had already managed a vote of confidence in the Chamber of Deputies on Monday, in which his coalition has a broader majority. Conte had to submit to the vote of confidence after his coalition broke up because of Italia Viva’s exit from the government alliance. Conte’s government in office since September 2019 has so far relied on an alliance made up of the populist Five Star Movement, the Democratic Party (PD) and Italia Viva.

“We have to turn the tide”

In front of the Senate on Tuesday morning, Conte appealed to “the willing” of other parties from the so-called pro-European camp to support his government. He referred explicitly to “European, liberal and socialist forces”. In this phase of the pandemic, Italy could not afford a government crisis, argued Conte. He ruled out the possibility of a continuation of the alliance with the Renzi party. “We have to turn the tide. This country deserves a closed government,” said the prime minister in his over an hour long speech to the Senate, which was repeatedly interrupted by applause from the ranks of the PD and the Five Star Movement.

In his address, Renzi had ruled out a continuation of the cooperation with the government. Italy needs a stronger cabinet. “We have been pushing for a political turnaround in the government for months. We have been too patient so far,” said the expremier. He drew a negative balance of the work of the Conte cabinet, in which Italia Viva had participated since it was founded in October 2019. Italy is the EU country with the sharpest decline in economic output as a result of the coronavirus epidemic.

The  country also has the most negative relationship between population and number of corona deaths.

Before the vote, Chancellor Sebastian Kurz (ÖVP) Conte also had his back. “I cannot comment on Italy’s internal affairs. I hope, however, for the greatest possible stability in the country in this difficult phase. We have to fight the pandemic together,” Kurz said in an interview with the SkyTg24 news.

How it will go on with Conte is still open. It is possible that the Prime Minister will meet Mattarella to tell him about the latest political developments. It is questionable how long Conte can continue to rule with such a thin majority.

The  lawyer has been the Italian head of government since June 2018.

Euro gains slightly in troubled trade – What is moving today...

Why the Houthi make it difficult for Biden 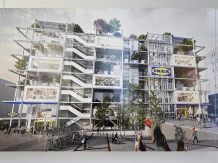