The  new US president warns:

The  situation will initially get worse. He now wants to accelerate the sluggish vaccination strategy.

The  epidemic expert Fauci, meanwhile, hands out a swipe at Donald Trump’s policy.

US President Joe Biden unveiled a national strategy to fight the coronavirus pandemic on the first full day of his term in office. “Things will get worse before they get better,” warned Biden in a White House address on Thursday.

The  number of deaths in the US will presumably exceed 500,000 in the coming month.

The  Democrat signed a number of decrees, including more tests, controls and quarantines for travelers from abroad as well as additional aid for particularly affected parts of society.

The  regulations also provide for a mask requirement at airports and parts of the traffic system, such as in many trains and airplanes. Biden also asked US citizens to voluntarily wear a mask for the next 100 days under the motto “Mask up!”

The  “brutal truth” is that it will be months before all Americans can be vaccinated.

The  goal is to give 100 million vaccinations in 100 days. Biden also wants to use armaments laws to specifically boost production.

The  US disease center CDC announced on Thursday that it had so far given 16.5 million vaccinations and distributed 35.9 million vaccine doses. About 328 million people live in the United States.

The  renowned US immunologist Anthony Fauci has meanwhile been relieved that, after President Donald Trump’s departure from the White House, he can let the facts speak for himself again. “We let science speak,” said Fauci on Thursday in front of journalists at the government headquarters in Washington. “It’s kind of a feeling of relief,” said the immunologist, who is now advising the new president, Democrat Joe Biden.

With Trump there were moments when things were communicated that were not based on scientific facts, Fauci said. As an example, he cited Trump’s ongoing promotion of the malaria drug hydroxychloroquine as a corona drug, although its effectiveness has not been proven. “That was really uncomfortable because it wasn’t based on scientific facts,” said Fauci. On another occasion, Trump brought disinfectant spraying into play as a possible corona healing method.

With Trump, he did not have the feeling that he could contradict him without negative consequences, said Fauci. That will be different with Biden, as the President assured him in a conversation a few minutes ago, said the immunologist. In the future, action and communication would always be transparent and based on scientific findings, promised Fauci.

Fauci also handed out a swipe at Trump’s sometimes improvised pandemic policy. When asked about the participation of the Amazon group in the vaccination campaign, Fauci replied that he could not say anything. “One of the innovations with this administration is not to guess when you don’t have an answer,” said Fauci.

The  80-year-old Fauci is head of the National Institute for Infectious Diseases (NIAID) and is an expert of integrity. Because Fauci was not afraid to contradict Trump, he was not invited to the White House for a long time to speak publicly about the status of the corona pandemic. When a journalist asked whether he was back after months in exile, Fauci laughed and said: “I think so.”

Fauci had already spoken at a meeting of the World Health Organization (WHO) on Thursday to discuss Biden’s return of the US to cooperation with the Geneva-based institution. Three quarters of Schwazer get vaccinated 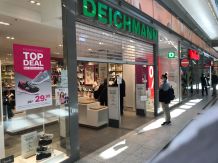 New corona rules for shops – you need to know that

Shiite leader al-Sadr jumps into the breach for the Pope

End of season! Gregor Schlierenzauer injured in the cruciate ligament...

Germany most popular among tech workers