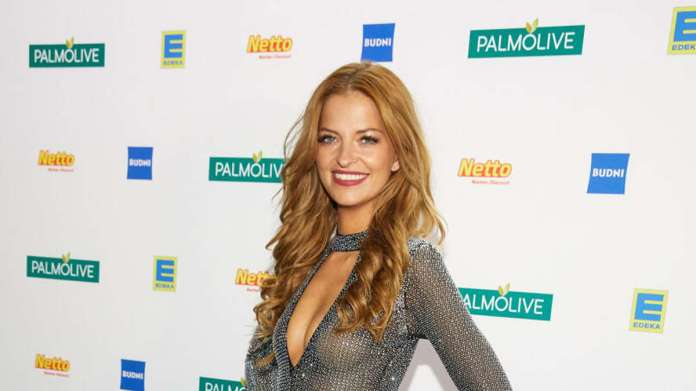 It was speculated for a long time – now the twelve jungle camp candidates are finally certain. From reality TV stars to the 90s legend.

Update from January 12, 11:52 a.m .: Loud, flashy and shrill – actually it should Dragqueen Nina Queer bring their qualities to the jungle show. But nothing came of it. RTL threw her out of the field of participants shortly before the start of the broadcast because of earlier racist statements (for the full report, click here).

For them, a real reality TV star moves up. Sam Dylan became known through the dating show “Prince Charming”. Last year he also took part in “Battle of Reality Stars” and got into the ring in “Celebrity Boxing”. And his friend is no stranger either. Dylan is dating former “Bachelorette” participant Rafi Rachek.

Update from January 8th, 5:01 p.m .: One has often asked oneself at the “normal” jungle show in recent years: Who on earth are these candidates? Sure, Brigitte Nielsen, Helmut Berger, Sonja Kirchberger were there, but otherwise …? In the case of the “stars” who are in the new episodes (see below), many viewers are likely to have even more question marks. Or do you know who Christina Dimitriou is?

In fairness it has to be said that the show that is coming up Friday at 10:15 p.m. starts, is not the “real” jungle show, but a corona-related slimmed-down version, a kind of casting show for the regular 15th season, which should then rise again in Australia in 2022. That is why RTL Looking for the first participant in a TV studio in Cologne. But the principle remains the same: the candidates must each other Make exams, prove their suitability for the jungle and let the moderators Sonja Zietlow and Daniel Hartwich shower you with scorn and malice. Disgust television as it is and is alive. (thy)

The se are the 2021 jungle camp candidates

Original article from January 8th: Cologne – a sigh of relief for all TV viewers and fans of “I’m a Celebrity, Get Me Out of Here” – the Jungle camp will also take place in 2021. But by the current Corona-Pandemie does not find the show at home this time australian jungle instead of, but in the Cologne studios. Still, TV viewers can look forward to an exciting show full of cockroaches, and mealworms Jungle Challenges looking forward.

The  question you ask yourself every January: Which celebrities are there? RTL finally reveals all the candidates – with these Jungle show participants millions of people in front of the television can be sure: For Blasphemies and exciting stories from the sewing box is definitely taken care of here.

Twelve prominent participants want to know – they will be from 15. January 2021 at “I am a star – the great jungle show” be visible.

The  winner of the RTL show can claim a place in the “right” Jungle Camp 2022 looking forward.

The se are the stars who will clash in mid-January:

“I am a star – the great jungle show” is not the first TV format in which Zoe Saip participate. In 2018 the Austrian took part in Heidi Klum’s “Germany‘s next Topmodel“Show. During the 13th GNTM season, she caused a stir with constant quarrels and Zicken-Zoff.

The  21-year-old has been working as a model since she left GNTM and can be seen regularly in reality TV shows.

For the former Bachelor, who distributed roses to single women in 2015, is now another RTL show. Announced in his Instagram story Oliver Sanne himself that he is one of the celebrities Jungle camp participants 2021 heard: “That’s how it should be then! It starts soon”.

Xenia Princess of Saxony works as a singer and is a welcome celebrity in various Reality-TV-Shows. In 2016 she won the “Summer House of the Stars” with her former boyfriend. Last year she took part in the TVNOW show “ CoupleChallenge“Part.

Loud, flashy and shrill – actually it should Dragqueen Nina Queer bring their qualities to the jungle show. But nothing came of it. RTL threw them out of the field of participants shortly before the start of the broadcast because of earlier racist statements. For them, a real reality TV star moves up. Sam Dylan was best known for the dating show Prince Charming. Last year he also took part in “Battle of Reality Stars” and got into the ring in “Celebrity Boxing”. And his friend is no stranger either. Dylan is dating former “Bachelorette” participant Rafi Rachek.

“Love Island” star in the jungle show 2021: Mike Heiter is a candidate for a jungle camp

Accompanied last year Mike Heiter nor his girlfriend Elena Miras to “I’m a Celebrity, Get Me Out of Here!“- now the headline couple is separated and the 28-year-old is now himself Candidate at the big one Jungle Show 2021. Heiter became known through his participation in the TV format “Love Island“.

This appearance by Lydia Kelovitz becomes DSDS boss Dieter Bohlen don’t forget that soon. In the 17th season of “Germany seeks the superstar“

The  30-year-old caused quite a stir. In a tight leather outfit and two background dancers in tow, she performed in front of the jury and wanted her performance to go to the next round. After all – Kelovitz made it to number 7 – now the blonde also wants to move in as Candidate for the jungle camp 2022 win.

“I am a star – the big jungle show” 2021: Lars Tönsfeuerborn is a jungle camp participant

Lars Tönsfeuerborn won the first season of “Prince Charming“And thus also the heart of Nicolas Puschmann. But the relationship doesn’t last forever, and the couple split up last year.

The  31-year-old works as a successful German Podcaster and runs its own media agency.

Frank Fussbroich is one of the very first reality TV stars in Germany. As a child he was with his family through the WDR series “Die Fussbroichs” known – and that for eleven years. Shortly afterwards, he made headlines for his actions: credit card fraud, forgery of documents, narcotics. That’s why Fussbroich had a criminal record, like rtl.de reported. But that’s a thing of the past. He has been happily married to his wife Elke since 2009.

Filip Pavlović fought in 2018 „Die Bachelorette“ around the heart of Nadine Klein. Now he is fighting to move into the jungle camp in 2022. But there is still a long way to go before victory.

The  28-year-old runs a cleaning company with his mother and is currently working on a rap career.

Djamila Rowe as jungle show candidate 2021: “I am facing this challenge”

Through a fictitious affair with the Swiss ambassador Thomas Borer was Djamila Rowe known in Germany. Since then, she has been a regular celebrity on the red carpets or can be seen in reality TV shows. In 2017 she was a participant in the RTL show “Adam sucht Eva”. Now for the 53-year-old, trained make-up artist with a penchant for beauty operations, it’s first of all to “I am a star – the great jungle show“.

Jungle Show 2021: Christina Dimitriou goes to the jungle camp as a participant

„Temptation Island“, „Ex on the Beach” and “ CoupleChallenge“ – Christina Dimitriou has already had a number of successful reality TV shows. Now there is another TV project for the blonde: “I’m a star – the great jungle show “.

The  27-year-old caused a stir with the rest of the reality TV participants, especially with her loud and honest announcements. Dimitriou suffers from the disease Multiple Sclerosis and she keeps getting relapses where she can’t see anything for a short time, reports rtl.de: “One day I could go blind from it,” said the jungle show candidate.

The  photo model from the 90s

Started when she was just 17 years old Bea Fiedler a modeling career. She did it 1977 when “Playmate of the month” in the June edition of the German Playboys. Appearances in the film series “Popsicle” made her a TV legend. Her looks made her the heartthrob of many young men for a while. Now the 63-year-old wants to dare a new TV experiment.

The re will decide from the calls of the TV viewers which jungle show candidate for “I’m a star – get me out of here” 2022 will be there. Also this year the show will be moderated by Sonja Zietlow and Daniel Hartwich.

Corona vaccinations will also start in Rhineland-Palatinate on Sunday – SWR...

Record master is silent: Why does FCB have so many corona... 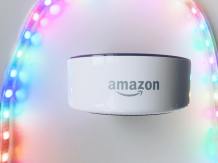 Just in time for the holidays, Amazon is launching a practical...

Out for project on Lake Zurich – ZKB cancels controversial adventure...

iPhone 13: These are the features Apple users want most