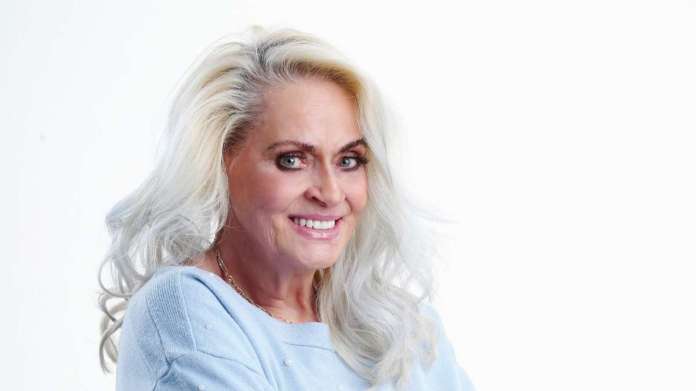 At 63, Bea Fiedler is the oldest jungle show candidate in 2021. But it doesn’t matter, because she has already achieved everything that many of her younger competitors could only dream of.

In the 1980s, Bea Fiedler was actually a real one Star! Grew up in Witten, North Rhine-Westphalia, where she started hair stylist and NRW state champion in athletics at the age of 17, her career in the modeling business. She quickly made a name for herself in the industry thanks to various magazine shoots. Three years later she undressed for Playboy and became Playmate of the month the June edition 1977.  The  coup resulted in numerous other offers, especially for lightly dressed appearances. In the 1980s, Bea Fiedler twisted the infamous “Popsicle”-Films in rows men the head.

The  Wild Fifties” and “Macho Man”.

“I’m the one who made Germany smile in the 70s, 80s and into the 90s. I want that in the Jungle camp do it again, ”says the camp candidate about herself.

The  question is, why does the ex-star even join 11 other candidates in “I’m a Star –

The  Great Jungle Show“? Bea Fiedler gives the simple answer on RTL herself: “I need the money!”

The  80s are to blame for that Bea Fiedler has no more money: “I got all my money on the head. I lived like a prince. And I had an incredible number of friends who urgently needed money. ”Today she lives in a one-room apartment in Erlangen, receives social assistance and has liver problems from years of alcohol consumption. She also admits: “I am very lonely here in Erlangen. I have no one here, just my TV and my hangover. ”She also has little contact with her son Daniel. Bea last saw him when he was 14 years old and her one-year-old granddaughter only knows her from a photo. “That is serious. That’s very serious, “said Fiedler in an RTL interview. At that age she placed him in the care of his grandparents. She later withdrew from the public eye because she was “fed up.”

The se are the 12 jungle show participants

Because Bea Fiedlers descent in the industry came just as fast as the meteoric rise in her twenties. While she was still omnipresent as a model and actress in the 1980s, the offers and appearances became fewer and fewer over the next decade and finally went to zero. Bea Fiedler withdrew from the public and moved in Local in their hometown Erlangen, as well as one Night club on Ibiza. Sometimes she also lived in a villa on the Balearic island and turned night into day with various celebrities.

The  bars now only exist in memories. And that too money from better days is long gone used up, As already mentioned. In addition to the night clubs, Bea Fiedler lost her car and her house.

1993 made it Jungle show participant again in the press: she claimed Prince Albert of Monaco is the father of her son Daniel. Fiedler and Monegasse once met in a Munich hotel. But Prince Albert denied vehemently, referred to one Paternity test from 1992, which had already proven otherwise.

The  Fiedlers then speculated loudly in various media that the palace of the dwarf state had manipulated the test in Albert’s favor, since the blood sample was taken in a private apartment in Paris. By the way, Daniel’s father is officially unknown to this day.

Bea Fiedler: Comeback after 30 years in the jungle show in 2021

With “I’m a star – the jungle show “ Bea Fiedler now reports almost 30 years of screen abstinence back in the spotlight. She hopes to secure a ticket for the real jungle camp 2022 in Australia live on RTL from January 15, 2021 in the Cologne studio camp. In any case, she sees chances of victory: “Why can I win? I am a mature, good looking, human person “, so Bea Fiedler in the RTL interview.

Viewers (and the RTL bosses) hope that Bea Fiedler between the Jungle exams entertains with stories from her previous wild life. Who knows, maybe Bea Fiedler will unpack one or the other secret of her previous celebrity acquaintances. Or call the real father of son Daniel. Bea Fiedler fell on the lips of one Cirrhosis of the liver Didn’t suffer, at least three decades after the heyday of her career.

Bea Fiedler however, has a decisive competitive disadvantage in the race for that golden jungle camp ticket: While her competitors are already busy promoting “I am a star –

The  great jungle show” on social media, the camp mom owns no Instagram account. But she takes it with humor and calmly goes into the TV race: “I’m resting on my so-called laurels.” In the direction of the rest of the crew, who are plastering their social networks with pictures and voting calls, she shoots sharply via RTL: “If you don’t get anything, you become a social media!” You can always read here how far Bea Fiedler and the other jungle show participants have come.

Viennese shop throws out pregnant women without an FFP2 mask –...

Austria with the largest GDP minus of all evaluated EU countries

Next warning! Snow keeps emergency services on their toes –...